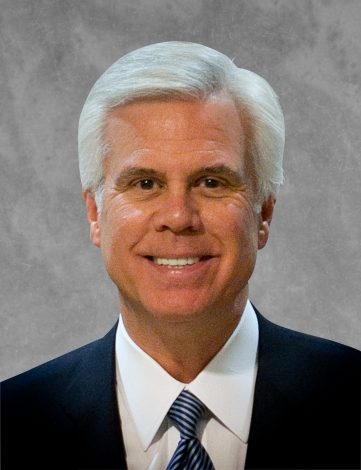 Cooper University Health Care recently announced a letter of intent to acquire three New Jersey hospitals from Michigan-based Trinity Health to create what would be, if the deal receives regulatory approval, the fourth-largest health system in the state.

“In today’s health care environment in New Jersey, continuing success for Lourdes and St. Francis depends on being part of a growing regional network with a broad presence in local communities,” Carter said. “Cooper’s proven commitment to exemplary care, a community-based health focus and service to people who are poor gives us confidence that the mission and communities of Lourdes and St. Francis will remain in good hands as part of a system with these anchor institutions.”

Reginald Blaber, president of Lourdes, said: “For our community and our ministry, our partnership with Cooper will create new opportunities for high-quality care and long-term growth. We are especially excited to bring our physician networks together and to develop a regional cardiac center of excellence.”

And Vince Constantino, the interim president of St. Francis, said Cooper was a great match for the hospital.

Cooper had not previously been a player in the consolidations of health care providers in the state, so why did board Chairman George Norcross III agree to pursue the deal, which was also shopped to other South Jersey hospitals?

Norcross spoke with ROI-NJ about what led to the decision.

ROI-NJ: How did you become aware that Trinity Health put itself up for acquisition?

George Norcross: I believe Trinity decided they were going to transition their remaining assets in New Jersey, which was principally Lourdes and St. Francis. Their investment bankers contacted us to gauge our interest, because we would be a natural interested party given the geography, given our community interests, given the marketplace that we are in together.

ROI: Cooper has been growing a strong brand, and building its footprint through partners in recent years. Why take on the financial burden of Trinity Health’s hospitals?

ROI: But Cooper never appeared interested in consolidation within the state. Why now?

GN: Given our double-digit growth in revenue in the last couple of years, we have had among the highest growth of any hospital in state. Cooper had not been aggressively pursuing merger and acquisition opportunities because we were perfectly content with our model sustaining itself. This is an opportunity that presented itself and we needed to evaluate, just as others evaluated like Virtua (Health), Inspira (Health System) and Kennedy (Health).

ROI: The directives that the Catholic providers have for health care delivery differ from other nonprofit hospitals like Cooper. Are there any obstacles you foresee?

GN: It is our intention to maintain the Catholic directives. St. Francis poses a different challenge in that it is primarily challenged by some other regional interest in market … the Cooper name and St. Francis’ reputation can cancel that. I think the residents and the religious leaders are very supportive. I know Bishop (Dennis) Sullivan is supportive and has voiced so to the Trinity executive team. With any acquisition, the key is execution of integration of cultures and organizations. That’s the biggest challenge.

ROI: How soon do you anticipate going through the state and federal regulatory process?

GN: Probably the latter part of the second quarter.

ROI: Have you had a chance to gauge the community interest in the areas of the Trinity Health hospitals?

GN: I think people will be enthusiastic about employment opportunities and apprentice programs that will make (the hospitals) catalyst for redevelopment in those neighborhoods, the way Cooper has done for other neighborhoods in Camden.