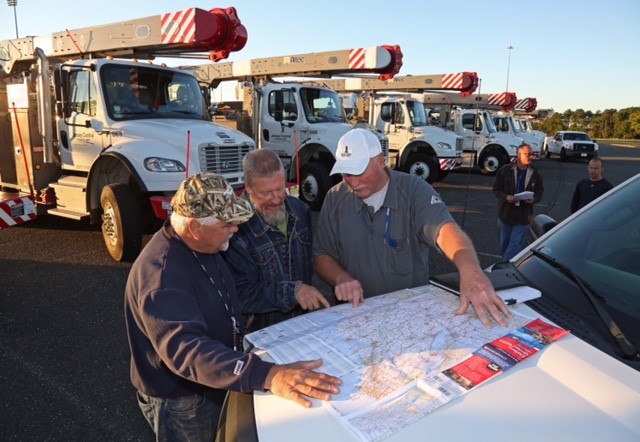 The heads of New Jersey’s largest utilities didn’t have to wait for Hurricane Irma to reach the United States before offering assistance.

Five years after facing the impact of Superstorm Sandy, they know firsthand the challenges their counterparts in Florida were going to be facing in their efforts to restore power in the state this week.

And JCP&L sent more than 75 employees as part of a First Energy effort that included more than 900 employees nationwide.

Mutual assistance in times of trouble comes with the territory in the utilities sector.

When New Jersey was wrecked by Superstorm Sandy in October 2012, more than 3,700 linemen and support personal from as far away as Florida and even New Mexico came to help restore service.

“Crews from utilities across the country supported our response to Hurricane Sandy, and other major storms, and we are glad to return the favor,” Maione said.

“We are proud of our dedicated employees and contractors who are answering the call for help to support what is expected to be a monumental restoration effort.”

PSE&G said it expects crews to be in the state for as much as a month.

Why clean energy jobs could be more plentiful than originally hoped...