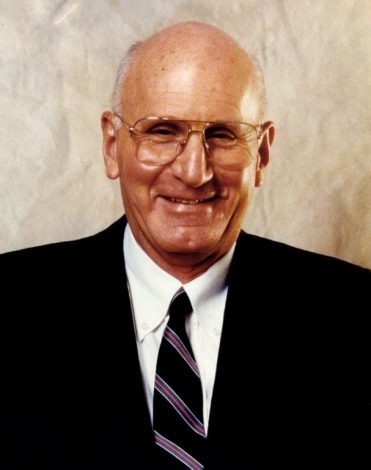 Jerry Gottesman was a presence in Newark for more than 60 years.

As the co-founder and chairman of Edison Properties, Gottesman controlled many key areas of real estate in the city and was involved in more discussions with business and political leaders in the town than anyone.

Gottesman, who passed away Sunday at the age of 87, was a constant in a city that frequently changed.

He was remembered by all who did business in the city.

“Jerry will be remembered as both a visionary and philanthropist who was incredibly successful in both endeavors,” said Ron Ladell, a senior vice president at AvalonBay Communities who runs the New Jersey operation. “In remembering Jerry, he was a person that could take a simple, straightforward idea and build an immensely successful company.

“Decades ago, there was no one who thought parking lots and storage facilities could turn out to be so profitable. Jerry’s steadfast long-term view clearly won out, and his company is now poised to realize a transformation of Triangle Park in Newark along with other opportunities. With his wife, Paula, Jerry focused his time and contributions to Jewish causes and their efforts allowed so many others to benefit.”

Starting with one parking lot in Newark in 1956, Gottesman became a recognized leader in specialized segments of real estate, including parking, mini-storage, office space, residential development and land entitlement. He owned millions of square feet of land in Newark, New York City and elsewhere.

Ted Zangari, co-chair of the Real Estate Department at Newark-based Sills Cummis & Gross, said Gottesman will be remembered as someone who was always one step ahead of the competition.

“Jerry’s foresight on real estate trends was unmatched, not only among peers going back decades when he pioneered vertical self-storage, but even in recent years as contemplated ways to up the ante on the colocation workspace phenomenon,” Zangari said. “Scientists tinker in laboratories; Jerry tinkered with urban redevelopment, green building, historic preservation and smart growth experiments on the surface parking lots he owned and operated.

“He will be missed, especially in the city of Newark to which he was deeply committed through good times and bad.”

Edison Properties said the company will honor his legacy.

“We will miss Jerry dearly and deeply appreciate all that he has done for Edison Properties during his lifetime. This business is his legacy and we are all honored to have been able to work with him and learn from him. While his presence and influence will be missed, the company will continue to operate as usual and continue to focus on honoring his memory.”

Gottesman is survived by Paula Rachlin Gottesman, his wife of 55 years, in addition to four daughters, 17 grandchildren and two great-grandchildren.