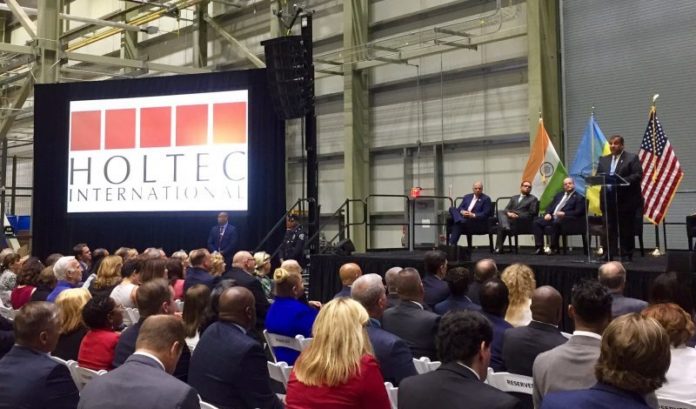 For all of the positives that came out of Holtec International’s ribbon-cutting ceremony last week in Camden — and that starts with the soon-to-be 2,000 jobs that will help jump-start the depressed economy in an important area for the state — is this little nugget:

Camden can now be considered a candidate to land Amazon’s HQ2.

Let’s be clear, Amazon is not going to bring its second headquarters to the waterfront. (Though, we admit, the negotiations should go along the lines of, “Just tell us what you want and it’s yours.”) But that the area can even make a case for consideration speaks volumes for the city.

And volumes for the success of the incentive programs pushed by Gov. Chris Christie’s administration.

The roughly $260 million in incentives Holtec received from the state is money well spent. Or, more accurately, tax money the state will not collect. It’s worth every penny lost. The incentives given to Holtec (and Subaru and the Philadelphia 76ers and American Water, among others) in Camden helped give the city new life.

Christie’s administration estimates the Grow New Jersey program has helped create 28 programs for the city. The administration projects those programs will create nearly 2,000 full-time jobs as well as 7,000 construction jobs. Of course, those numbers don’t count the number of jobs that may have been lost to other states (Roche, Mercedes-Benz, Hertz and Sealed Air, among others).

Christie had every reason to celebrate during Holtec’s grand opening.

“These investments we make are investments, not gifts, and they are now paying back the city and the region with growth and employment,” he told the crowd.

“That will help to make Camden’s schools better. That will help to create more affordable housing in Camden. That will grow Camden neighborhoods. And all of that will lead to, once again, Camden being a place where people want to raise their families.”