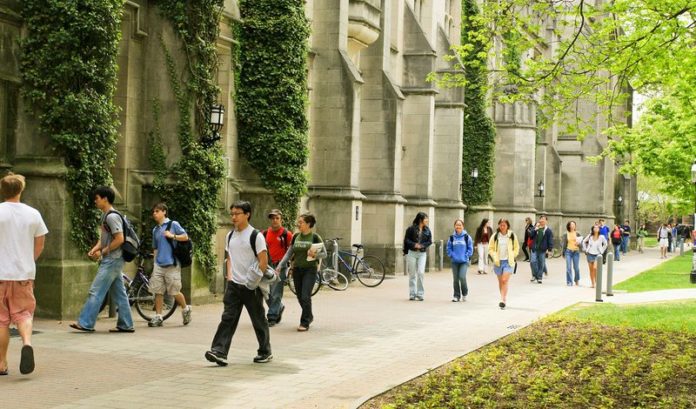 Well, for the seventh year in a row, the U.S. News & World Report Best Colleges rankings have Princeton University in the No. 1 spot for best national universities.

While Princeton has made great strides in making more connections with the New Jersey business community, the size of its enrollment (as well as its global mission) limits the number of New Jersey high school students at the school (though it has more students from New Jersey than any other state).

The larger truth about the 2018 Best College rankings, which were released Tuesday, is that once again New Jersey has made a less-than-stellar showing. That’s not good news in a state that is struggling to be competitive, to build and maintain a talented work force, and to keep its own college-age students from fleeing their state.

U.S. News reviewed 311 schools for the Best National Universities list. Only three N.J. schools were in the Top 100: Princeton, Rutgers-New Brunswick at No. 69 and Stevens Institute of Technology at No. 70. Only eight New Jersey schools made the list at all. (The others are Seton Hall at No. 124, Rutgers-Newark at No. 133, New Jersey Institute of Technology at No. 140, Rowan at No. 171 and Montclair State at No. 187.)

All told, New York (with eight), Pennsylvania (six) and Massachusetts (seven) combine to have 21 schools ranked before New Jersey gets its second.

There are some positives.

Rowan certainly deserves praise for making the list for the first time. And New Jersey had a number of schools rated well on the list of the best regional universities in the North, led by The College of New Jersey at No. 4.

But New Jersey needs to do better.

The outmigration of college-age New Jersey residents is a huge loss for the state’s business community — and, unfortunately, this is one ranking where New Jersey is No. 1 in the nation. No state loses more of its students.

New Jersey’s mediocre showing in these annual rankings is not solely responsible for the state’s brain drain. Certainly, there are good schools in the state producing talented graduates. But a vibrant, diverse state such as New Jersey must do better. Or it won’t be vibrant for long.

McKoy: Juneteenth is nice — but the ask is so much...

A begrudging acceptance of tax amnesty