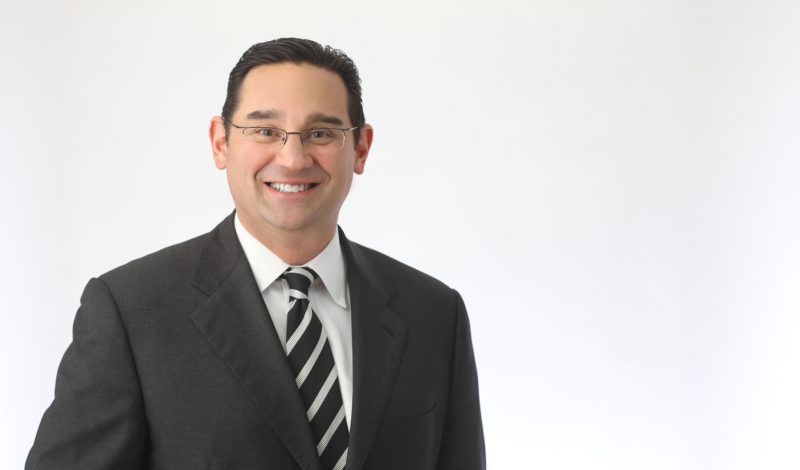 When Amazon officials announced last week that they were looking for a location for a second headquarters, government officials and municipality heads across the country began making a pitch to land one of the nation’s biggest and fastest-growing companies.

The winner will land a project that is expected to bring 50,000 high-paying (read: six-figure) jobs while Amazon makes a $5 billion investment in the area.

Officials across the country quickly began detailing how their area can meet Amazon’s requests of a metropolitan region with more than 1 million people, a stable and business-friendly environment and an urban or suburban location with the potential to attract and retain strong technical talent.

Of course, the biggest way to lure Amazon will be through economic incentives.

This may be the biggest chip New Jersey can play. The state has made luring companies a top priority, offering numerous incentive packages.

So, what could New Jersey offer Amazon? We went to an expert to find out.

Ted Zangari is a member and co-chair of the Real Estate Department at Sills Cummis & Gross in Newark. Zangari helped envision and create many of the incentive programs that are currently being used.

ROI-NJ asked him about what the state could offer Amazon:

ROI-NJ: How would Amazon fare under the state’s existing incentive programs?

Ted Zangari: If viewed on a national level, New Jersey’s all-in public incentives package would fall somewhere in the middle of the pack of states. However, if the competition is viewed as the mid-Atlantic region, then, thanks primarily to the Grow NJ program, our state would be able to close or at least significantly narrow the cost differential with any of the lower-cost states that surround us.

ROI: What kind of dollar amounts are we talking about?

TZ: Well, based on media reports, Amazon is searching for a site where it could locate an office complex to accommodate 50,000 employees at a cost of $5 billion. The project would be completed in phases, so let’s take the reported first phase: $300 million to $600 million in direct capital investment, 500,000 to 1 million square feet of space, and thousands of jobs — many, high-paying software development positions. Under the Grow NJ program, this phase of the project by itself would likely qualify as a “mega project,” which means the award amount would likely max out at the $300 million limit, payable over 10 years. And, each additional phase of the project could qualify for a similar amount of money. But lawmakers would have to enact legislation, because the mega project feature of Grow NJ expires on September 18 of this year.

ROI: What if that amount doesn’t seal the deal, at least in terms of dollars?

TZ: The incentives “stack” can include a few more layers to further narrow or eliminate any cost gap. Most significantly, if the project will consist of new construction or the gut rehabilitation of existing vacant, obsolete buildings, the host municipality could likely grant 30 years of property tax relief through a PILOT (payment in lieu of taxes) and make an additional grant through the sale of Redevelopment Area Bonds that are repaid over time, with a dedicated portion of the PILOT payments made by the property owner. For a project of this size, each phase could qualify for tens of millions of dollars in savings over 30 years.

ROI: What if putting New Jersey “at par” with other states’ cost structures is not good enough for Amazon?

TZ: In that case, unless policymakers in Trenton are prepared to raise the amounts available under Grow NJ for a new class of “super mega” mega projects, or create a brand-new program, our state will not be able to compete strictly on dollars. However, fortunately for our state, I think New Jersey has a number of significant non-monetary attributes that have been very attractive to the many businesses I’ve represented — especially those in the technology world.

TZ: Well, for openers, consider Amazon’s immediate space needs. Media reports state that the company requires a 500,000- to 1 million-square-foot building to be up and running by 2019. Ironically, the large, empty office complexes around our state that have vexed officials since they were vacated over the last decade or so now present a wonderful differentiator in this competitive race — they are shovel or hammer-ready today. Consider the former Merck campus in Whitehouse Station, or the former BASF facility in Mount Olive, or parts of Fort Monmouth, or maybe even the former Roche campus in Nutley/Clifton, the former Sanofi campus in Bridgewater, or the Bell Works building in Holmdel — although new tenants are already flocking to those last three redevelopment sites.

ROI: What other non-monetary features of our state will be relevant?

TZ: Needless to say, different businesses and industries have different hot buttons. Amazon has already publicly stated that it requires a site that is in a metropolitan area with more than 1 million people, near a strong university system and within 45 minutes of international airports. We have as dense a metropolis as Amazon could ever desire, teeming with techies. We have world-class research universities and technology programs all along the Rutgers/Princeton/UPenn corridor to the south and the Rutgers/NJIT/Stevens/NYU/Columbia corridor in the north. One region is easily accessible from Philadelphia International Airport and the other sits in the Newark Liberty International Airport market.

ROI: Any other thoughts?

TZ: Yes, the presence of existing or potential corporate partners, especially customers and vendors, are bountiful in this state. Amazon is an e-commerce company; our Interstate 95 and I-78 corridors are, by any measure, the most intense hubs of e-commerce logistics activity of any corridors on the Eastern Seaboard, if not the country. And best of all, New Jersey has an unbeatable customer reference for Amazon: the CEO of its subsidiary, Audible.com, which chose our state for its headquarters location. There is no bigger cheerleader for New Jersey’s business environment, particularly in the tech space, than Audible’s CEO, Don Katz.

Sens. Collins, Manchin featured in next event by Christie Institute for...