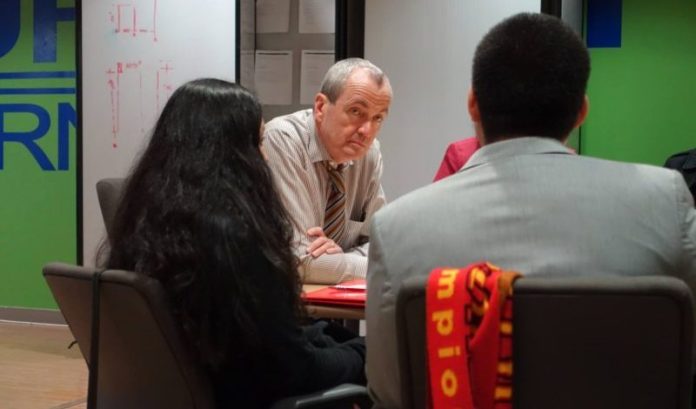 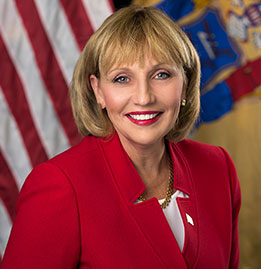 Lt. Gov. Kim Guadagno is hurt by her ties to Gov. Chris Christie, according to a new poll – Office of the Governor

Democrat Phil Murphy is leading the race for governor by 25 percentage points, 58 percent to 33 percent, topping his Republican adversary in every category except with her own party, according to a Quinnipiac University Poll released Wednesday.

Lt. Gov. Kim Guadagno has a 78 percent to 16 percent lead over Murphy among Republicans.

But Murphy’s party comes out stronger for him, with 95 percent of Democrats polled saying they would vote for him. Just 4 percent backed Guadagno.

White voters with no college degree are divided, 46 percent for Guadagno and 42 percent for Murphy, which falls within the margin of error’s 4.5 percentage points.

Likely voters have a 37 percent to 18 percent favorable opinion of Murphy, with 43 percent who haven’t heard enough about him to form an opinion.

About a quarter of those surveyed had a favorable opinion of Guadagno, with 33 percent unfavorable. About 40 percent haven’t heard enough to form an opinion.

“As far as candidate qualifications go, New Jersey is holding a stealth election, said Maurice Carroll, assistant director of the Quinnipiac University Poll. “Democrat Phil Murphy swamps Republican Lt. Gov. Kim Guadagno, but about 40 percent of voters don’t know much about either of them.”

Taxes is the most important issue, 30 percent of likely voters say, with 15 percent listing the economy.
Another 13 percent cite education and 11 percent say health care.

While working for Goldman Sachs hurts Murphy, Guadagno is more hurt by serving under Gov. Chris Christie, with 47 percent of likely voters saying it has a negative impact on their opinion of her.

The Republican’s campaign reacted angrily to the poll.