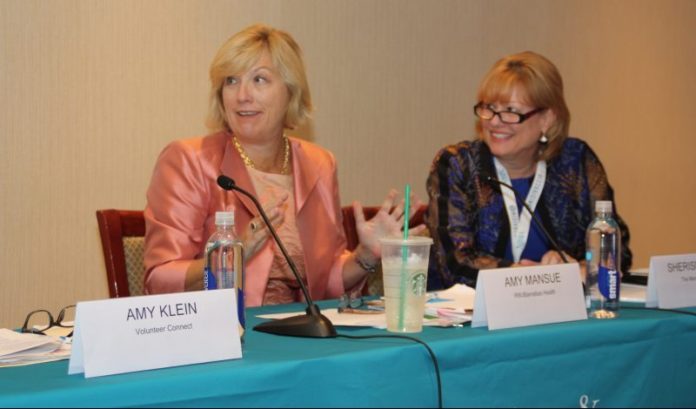 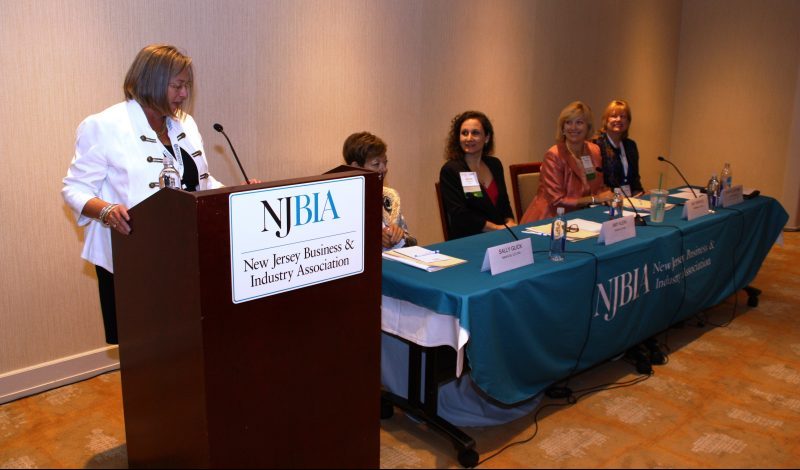 One of the panels at the NJBIA event talked about finding women and minorities for boards. – New Jersey Business & Industry Association

Finding women and minorities to fill nonprofit board seats should not be hard in New Jersey.

That’s what Amy Mansue, president for the Southern Region of RWJBarnabas Health, said during a panel on the topic at the recent New Jersey Business & Industry Association Women Business Leaders Forum, “Unlocking the C-Suite.”

“Often, the best way to get on a board is to be recommended by someone who is already on it,” she said. “Look, this is Jersey, right? It’s six degrees of separation. It’s not that hard to find a connection. You may have to dig a little bit, but I guarantee you … there is a connection.”

Cold-calling, on the other hand, doesn’t always work as well.

Volunteering, though, goes a long way.

Especially if you engage with the board or actively seek out board members while you’re doing so, according to Sherise Ritter, principal at The Mercadien Group.

But some of the women attending the event Friday at the DoubleTree hotel said they still run into problems finding candidates for their boards.

Either there are no interested parties, or there is no room on the board with members who have served for decades and are uninterested in leaving.

Another common problem some attendees had was not finding enough financial support, or members with conflicting interests on the same board.

Ritter said that is bound to happen, circling back to the idea of six degrees of separation.

The problem with many people knowing the same people is continuously going to the same well for different dollars, she said.

And, for conflicts of interest, ensuring a board sets up rules to deal with such issues, and requires disclosures of conflicts, is important, Ritter said.

When it comes to seeking out diversity — whether of gender or ethnicity — the panelists said smaller nonprofit boards can likely be filled by going to the employees or local sources.

For example, if a local library’s board is trying to diversify, asking the local municipal government or the librarians for candidates who live in the area is one option.

Other options include volunteer networks and organizations in the area, or places like the Mercerville-based Center for Nonprofits.

In addition, seeking networks outside your own can help connect you with qualified minorities, according to the panelists.

Ritter said understanding the constituents served by the nonprofit is also helpful, and diversifying by expertise is also a helpful strategy.

“It doesn’t all have to happen from the board chair,” she said.