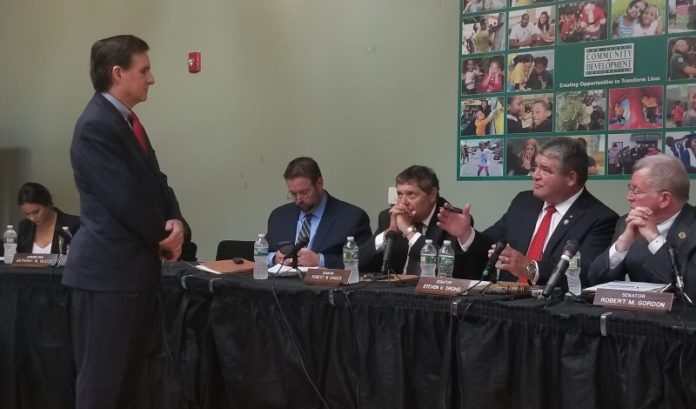 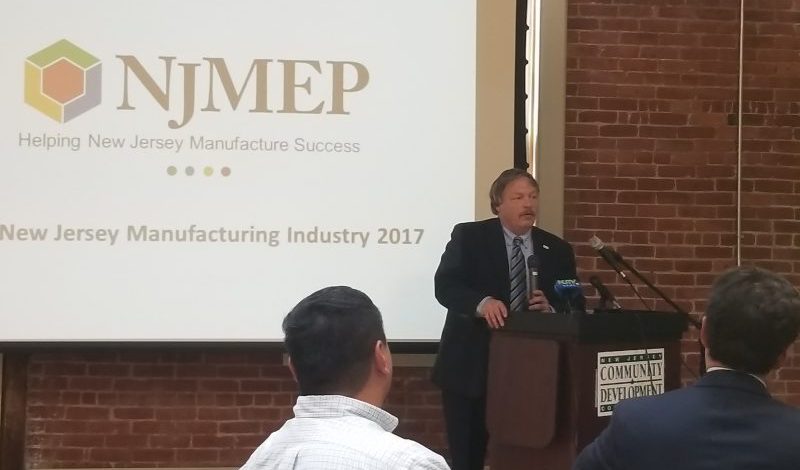 While a continent waits and watches for e-commerce giant Amazon to select its second headquarters, one New Jersey legislator wants to figure out how to prime the state to produce the next Amazon.

“We talk about competition for Amazon, I say we flip it. How can we make the next Amazon come out of our research universities, and that will drive manufacturing,” said Assemblyman Andrew Zwicker (D-Skillman).

After a 3.5-hour discussion, the most popular comments included a need to:

New Jersey Innovation Institute CEO and President Donald Sebastian told legislators the state, which is one of a handful that has been unable to grow its manufacturing sector, is not losing to China because of cheap labor.

In fact, it’s the opposite.

It’s because China has been able to ramp up automation and provide “advanced manufacturing” jobs.

The term is a new one to describe the new technology involved, according to Sebastian.

But the term is likely to deepen prejudice of the manufacturing industry, according to New Jersey Manufacturing Extension Program CEO John Kennedy.

Already, companies like Deloitte and McKinsey are stigmatizing the industry by using college degrees as a metric to label highly-skilled versus middle-skilled workers. It’s working against the industry, because apprenticeships and vo-tech schools are seen as the best route for the new generation of workers.

When asked what a middle-skill worker was, Kennedy could not find an answer from the above-mentioned companies.

“I asked the guy, and he said ‘Well, high-skilled, that’s college,’” Kennedy said of asking a McKinsey representative recently. “I said, ‘Yeah, but depends if it applies. I’m an engineer; you’re not going to make me an accountant. We think differently and we were trained differently.’”

And filling jobs continues to be a problem for the industry, Kennedy said.

But the reduction of necessary labor is a key reason why manufacturing has room to grow in New Jersey.

“Labor content now is so small that it really is not the discriminating factor. It is transportation and other issues in dealing with outsourcing halfway around the world,” Sebastian said.

In fact, more and more, companies are looking to re-shore.

It’s something Choose New Jersey is acutely focused on in the logistics realm.

In a web post Monday, CEO and President Michele Brown highlighted how the expansion of the Panama Canal has boosted business at the Port of New York and New Jersey — which saw a 7.6 percent increase year-over-year between May 2016 and May 2017.

In fact, competing with China should be easier than ever for a place like New Jersey that has, according to NJMEP, several manufacturing companies in every single county in the state.

The reason, Sebastian explained, is because, in China, the mentality is, “the tallest blade of grass is the first to get cut.”

“It is not yet in their culture to be creative and do the out-of-the-box things that have been the hallmark of American ingenuity. We need to leverage that before it’s too late,” Sebastian said, adding that there needs to be reform to support it.