Home Lifestyle Hobby’s owner: ‘One of the best days in Newark in a long,...
Facebook
Twitter
Linkedin 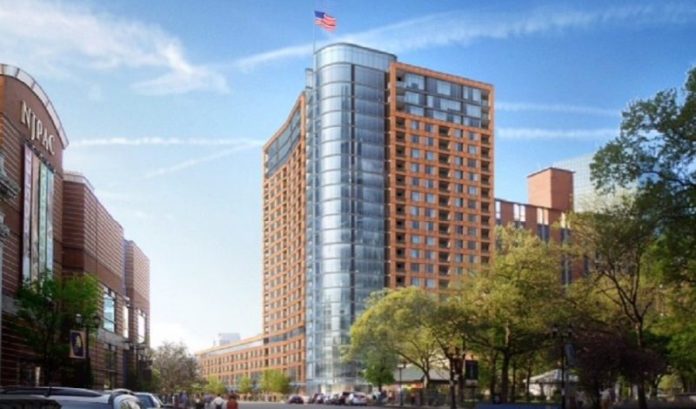 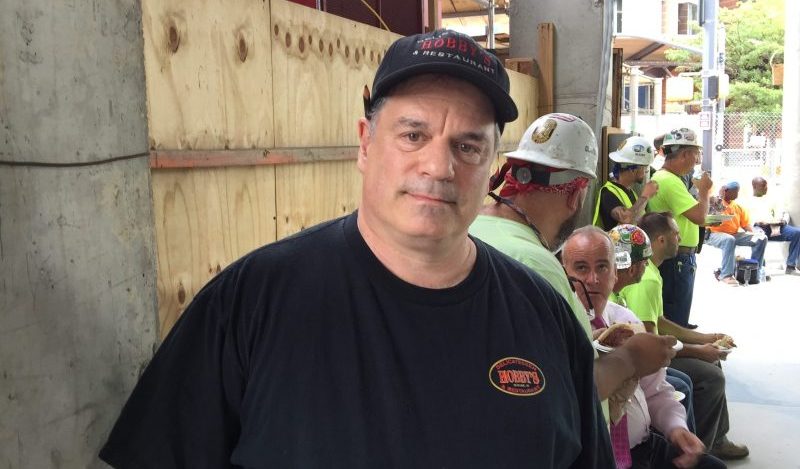 Marc Brummer’s staff had temporarily run out of plates while serving long lines at the outdoor buffet celebration Wednesday.

As the owner of Hobby’s, the deli that doubles as a must-stop landmark for foodies in Newark, he was temporarily flustered. And quickly solved the problem.

Not that it mattered. As a lifelong business owner in Newark, Brummer said nothing was going to put a damper on this day.

“One of the best days in Newark in a long, long time,” he said.

Brummer and staff were helping cater the topping-off ceremony for One Theater Square, the first residential skyrise in the city in more than 50 years.

Brummer, whose family has owned Hobby’s since 1962, said he can’t believe how far downtown Newark has come back. One Theater Square, he said, was another major milestone moment.

“There was a time when people would look at Newark and would look away immediately,” he said. “It was all about the headlines. People didn’t want to go anywhere near it.

“This is the kind of redevelopment that can touch a lot of people in the city: businesspeople, residents, everyone.”

Brummer has witnessed Newark’s fall and rise from the windows of his shop.

One Theater Square is one of four events he said have helped rebuild the city since the riots in 1967.

The New Jersey Performing Arts Center’s opening in 1997 was another milestone.

“NJPAC was the beginning of the rebirth of downtown Newark, in no uncertain terms,” he said. “Before NJPAC opened, we hadn’t opened a new charge account in years. Once NJPAC opened, businesses and people started moving back.”

When the Prudential Center opened 10 years later, Brummer said the city’s relationship with the state changed for the better.

“Largely speaking, in a complete generalization, NJPAC brought back people who were from Newark and loved Newark,” he said. “The Prudential Center has brought a whole new generation of people to Newark; people who would have never set foot in Newark. It’s a whole new customer base and it’s brought excitement and done more to dispel people’s notions of what Newark is all about.

One Theater Square, he said, is the latest big moment.

A joint project of Dranoff Properties and NJPAC, it will include 245 apartments, 12,000 square feet of retail and 285 parking spots.

And bring a sense of style any downtown would envy.

There will be an elegant lobby with a 24-hour concierge, not to mention a billiards room, fitness center and a yoga room, the developers said. In addition, they are bringing an expansive outdoor entertainment space with seating, televisions and a fire pit.

Upstairs there will be studio, one-, two- and three-bedroom units, most of which will have balconies, and all of which will premium finishes in what the developers are calling a modern’s chef kitchen.

Carl Dranoff, CEO of Dranoff Properites, and John Schreiber, CEO of NJPAC, feel the building will sell itself, as it has the amenities urban-seeking residents are after.

He can’t believe that residential living is returning to the city.

“People never would have thought of living in the city — it never really entered the conversation,” he said. “And now, people are moving in in droves. Young people walking all over the city, it’s terrific.

Brummer said he can feel a difference in the city.

“There’s a real positive feeling in downtown Newark right now,” he said. “And there’s also the development happening out in the neighborhoods, too.”

The developers said One Theater Square was more than a decade in the making.

“There was a time in my life when I never thought in a million years this was possible,” he said. “To see it if from our vantage point is so heartening.

“My mom was a Weequahic graduate. We’ve been here in Newark, through it all. So, to see this, it’s very gratifying.

“One of the best days in Newark in a long, long time.”