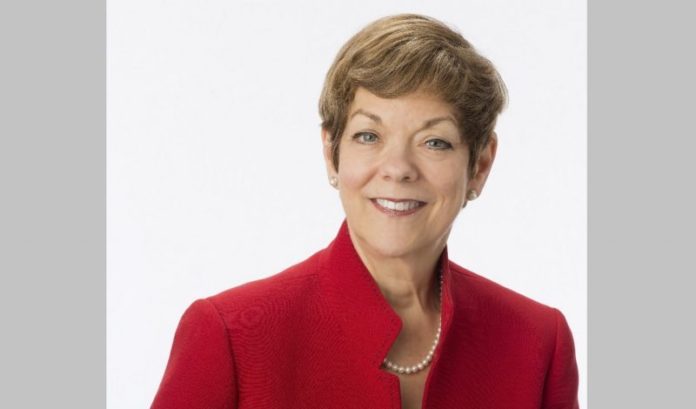 Talking Points is an occasional feature at ROI-NJ, which quickly reviews a speech or presentation at one of the state’s many events and conferences. Here is a look at the keynote address given by Sally Glick, principal and chief growth strategist at Sobel & Co. It was given at the “Unlocking the C-Suite” forum, sponsored by the New Jersey Business & Industry Association earlier this month in Somerset.

Sally Glick already had the attention of the crowd of 500 or so women at the conference when she detailed many of the workplace differences for men and women.

She talked of taking chances, self-promotion and equal pay.

Then Glick addressed communication — and how the way men and women differ in their communication style could be a cause of some of the greater disparity issues in the workplace.

Glick told the crowd at “Unlocking the C-Suite,” a women business leaders forum sponsored by the New Jersey Business & Industry Association recently at the DoubleTree hotel, that there are nine common gender speech patterns that differ for men and women.

All tend to favor men in the workplace.

Here’s how she broke down each one:

The implication at work: Men may tend to lose patience with women who they view as overly talkative, turning “off” what they judge to be meaningless chatter and thereby diminishing the value of the discussion and missing critical information.

The implication at work: A woman could exit a meeting thinking they have built consensus, only to learn that they misunderstood all the nodding heads.

The implication at work: Women may appear to lack confidence; or lack decision-making skills — because their interest in soliciting ideas from others and building consensus may be misinterpreted as lack of confidence in their own ideas.

The implication at work: Men may sound more organized, more professional — more capable at offering effective solutions; and more effective at getting the attention of the audience by offering essential information.

The implication at work: Women sound less self-assured — and maybe to their male colleagues they demonstrate less authority — and that could be seen as being less competent.

The implication at work: Men sound more forceful — think for a moment about the study that showed both genders retain information delivered by men better than from women — so, they are heard more often and thus have more chances to make an impression.

The implication at work: Women may face an inability to rise up the ladder as quickly as their male counterparts — because no one knows what they’ve achieved. Without tangible proof and without a willingness to put forth measurements and data, they might be overlooked.

The implication at work: Women may think a man is being disrespectful for not looking them in the eye or is being unfriendly because he doesn’t smile at them. But, for a man, these may be insignificant.

The implication at work: Men might be seen as more intimidating while women fall unintentionally into a subservient role by having someone talk over them. Women also do not have the chance to share their ideas if they are being interrupted, so they miss an opportunity to demonstrate their own capabilities.