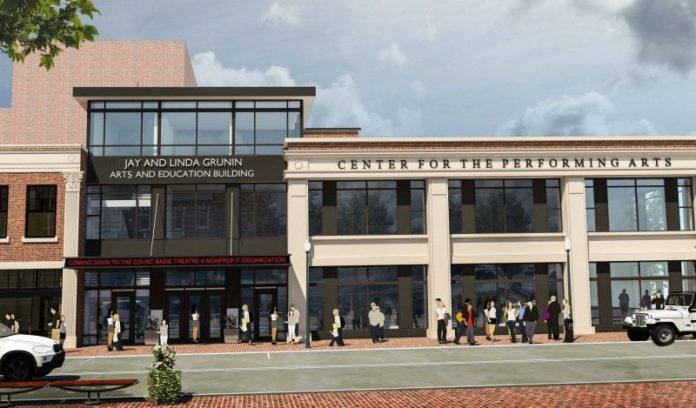 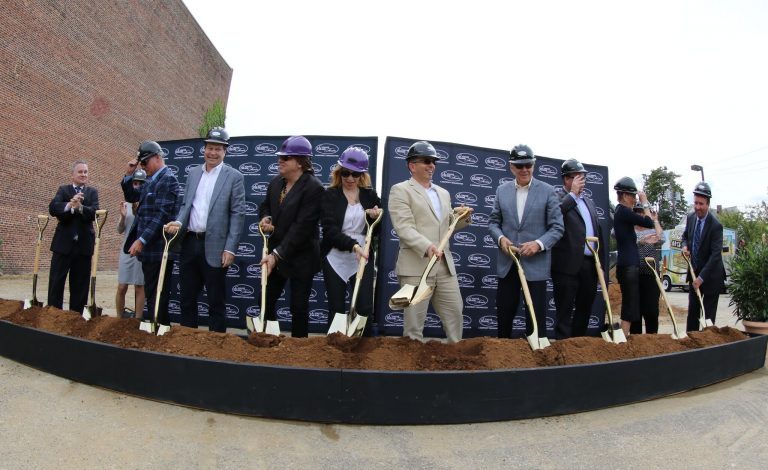 The Count Basie Theatre marked the start of its $23 million expansion with a $2 million gift announcement and a visit from “Little Steven” Van Zandt.

The E-Street Band guitarist and his wife serve as honorary campaign co-chairs for the project that will nearly double the size of the Red Bank facility, making it one of the region’s largest centers for the performing arts.

“To see this groundbreaking day come to fruition so quickly is a wonderful testament to the dedication and generosity of all involved, especially the great people at Citi,” said Van Zandt’s wife, Maureen Van Zandt at Wednesday’s event. “We’re so honored to help kick things off. What an exciting day for the arts community.”

The ceremony also included the announcement of a $2 million gift from the Jay and Linda Grunin Foundation.

It will be used to create the Jay and Linda Grunin Arts and Education Building, which will house studios, classrooms and administrative offices for the Basie’s growing arts education programs, as well as a second performance venue.

“We are excited to play our part in a project that is sure to make a tremendous impact on the cultural and educational landscape of the Jersey Shore,” said foundation co-founder Jay Grunin. The building will also become a location for educational meetings and conferences.

Up on the roof will be the “Rock n’ Rohl Rooftop Lounge,” honoring donors Mark and Denise Rohl.

It is being lauded as a stylish, modern gathering space for concertgoers, private parties and other events.

“We are delighted to break ground today on the expansion and updating of the historic Count Basie Theatre,” board of trustees Chairman Tom Widener said. “It is a momentous day, and one that could not have happened without the support of many people and organizations.”

The expansion will add modern, barrier-free amenities and improvements, including an expanded lobby, areas for concessions and an outdoor performing arts plaza. New air conditioning and heating systems will also be installed, along with an elevator and expanded restroom facilities.

For performers, a backstage area and state-of-the art production technologies will modernize the 90-year-old theater.

“It’s very gratifying to have arrived at this day,” theater CEO and President Adam Philipson said. “This is a day that the entire staff and board have relentlessly been working towards. What was once our dream is now fast becoming our reality.”

Bids will be announced soon, he said.

“The Basie is truly touched by the support and generosity of our donors who believe in our vision and who have invested in our project to date,” said Maria Sorensen, theater vice president. “It is clear that our community cherishes the arts and the Basie’s economic impact to the region. Moving forward, we look forward to raising the additional funds needed to reach our $23 million goal.”