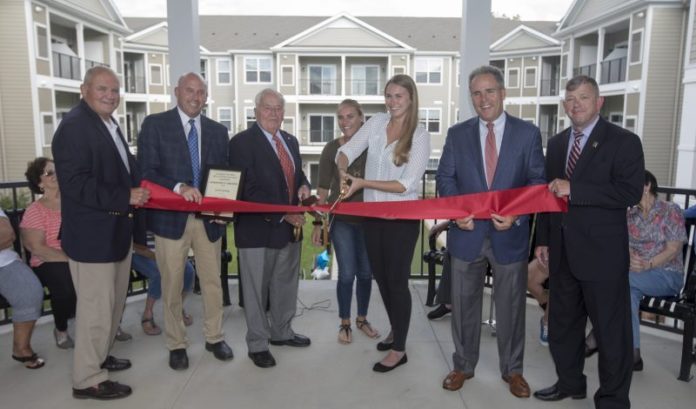 The company said in a news release that the 102-unit Cornerstone at Toms River, located at 2121 Massachusetts Ave., is a 55-plus, income-restricted community featuring Leadership in Energy and Environmental Design-certified apartments.

“We are really proud of this community and the fact that we can produce housing for people that need it the most,” Joe DelDuca, Walters Group’s partner and general counsel, said. “We wanted to provide a place where residents are proud to call home. And we are going to do our best to make sure that they have many healthy and happy years living here.”

“This is a beautiful place, and the agency is proud to be helping a community like Toms River,” Murray said. “We’ve done over 68 multifamily communities with Sandy money since the storm, and there have been thousands of units that we’ve brought back to life in areas that were devastated by the storm.”

The community includes one- and two-bedroom apartments, as well as amenities including community rooms and controlled access entrances, plus a fitness center and barbecue area.

“This community is going to enhance the lives of all the people living in these lovely surroundings,” Kelaher said. “It’s rewarding to see this progress in our town.”

Walters Group has also developed Cornerstone communities in Lacey and Barnegat, and is planning the development of others throughout the state, it said.