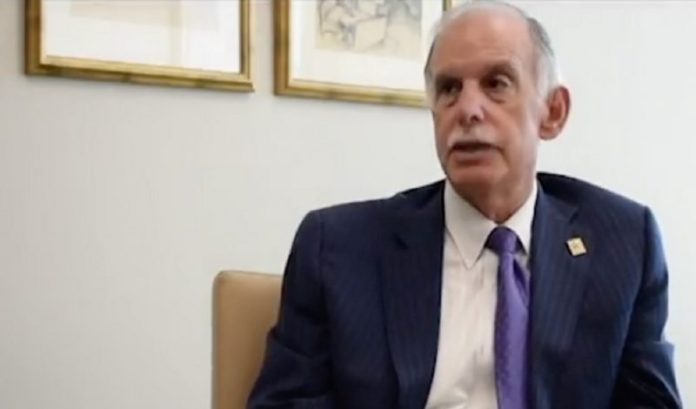 Virtua has become a household name in parts of South Jersey, but it wasn’t always that way.

Retiring CEO Richard Miller said that, after he led the merger of two hospitals that created the new brand in 1997, it was an empty vessel.

Miller has spent more than 30 years with the health system and has seen the industry landscape change from a hospital-focused strategy, to a more diversified — and politicized — business. Some of his accomplishments include introducing quality metrics in the system, such as the Six Sigma tool in partnership with GE, and the STAR Initiative.

He sat down with ROI-NJ to discuss these changes, his experiences and his plans for the future.

ROI-NJ: You have led this organization for a long time and seen a number of changes in the health care landscape. How has it changed?

Richard Miller: I see some systems getting larger for the sake of getting larger. It’s not about being a $20 billion business, it’s about doing it right. Virtua has been able to do that, and the reputation expanded. For Virtua to go out and acquire a community hospital in North Jersey makes no sense, because I’m out of market there and it’s getting bigger for the sake of getting bigger. Surgery centers is diversification, because we can grow centers anywhere we want and it helps support (the hospital) here at home.

ROI: What is the reason for growing surgery centers?

RM: Back in 2005, before the move to outpatient ambulatory services, I partnered 50/50 with my surgeons. My (chief financial officer) was about to jump at the time, saying the hospital made so much money, but I said it won’t always be the case. Sure enough, it happened. And we were prepared. Now the competition is waking up, but we are there.

ROI: Another thing Virtua adopted early was telemedicine, through Teladoc. Why did you go in early?

RM: I credit (Chief Operating Officer) Al Campanella with telehealth. The truth is, if we want to get under this cost curve in health care, we have to start thinking differently about health care models, and it’s not going to be hands-on care. If you think about the cost of health care, it’s in the hospital setting. So, how do you reduce cost in the hospital setting? You do more technology and outside the hospital walls to affect patient care. Telemedicine in home health, care coordination and primary care will be a key part of the paradigm that’s going to change medicine.

ROI: Are there things you could have done better?

RM: There are always things you can do better. Sometimes hires aren’t the best, and you learn over time. Not hiring optimally in an organization can put the organization back three years.

ROI: What changed as the organization grew?

RM: The organization grew from $700 million to $1.3 billion, but in that time, I had to pull back a little (from visiting rounds). In my first role here in operations, I was on the floor every day. I used to make chili with James, the cook in Berlin. I miss that constant contact. But, when you’re strategizing, you don’t have time for that.

ROI: The competition has consolidated significantly; why isn’t Virtua?

RM: There has to be a reason to consolidate. This market is really consolidated right now, there is not much more room. Will Virtua look to acquire in the future? You’ll have to ask new CEO that. I see a lot of acquisition of hospital beds. Even if you convert beds, when you look at the systems, there are a lot more beds out there than you can convert. It’s not a good strategy.

ROI: How have you kept up with the moving target of quality over the years?

RM: Quality in the early days was reducing surgical site infections and medication errors and things of that nature. As time moves on, it becomes outcome measured by patient care and how people recover. You’ve got to be able to measure time back to work — it’s lifestyle-driven.

ROI: What are the future plans?

RM: I don’t have a lot planned, I want to keep my options open. When I leave this role, I want to free my mind up and work on getting my book published, then see what’s next.

ROI: What is your book about?

RM: It’s about spirituality and leadership. I combine my faith and how it drove me to lead. I developed 10 leadership tips as part of this book. It’s not textbook-oriented, it’s kind of my way. When you spend 22 years doing this, you realize how to lead and clean up your mistakes. I want to give that back to organizations that are growing young leaders.

ROI: You’ve won the respect and regard of a number of your peers in the industry. Simultaneously, the industry became highly politicized and competitive. Was it like this when you began?

RM: It probably was, and I didn’t know it. As a young CEO, you don’t sense it as much. As health care became more of a business model, people were vying for things and it became more political. When it was more hospitals and filling hospital beds, it was a different model. It had its politics, but it was not as political. Now, everyone’s in the game and fighting for their turf. The game has changed forever.

Making discoveries … and companies: How CDI can give big boost...

Murphy: Despite positive COVID tests, school reopenings are no cause for...