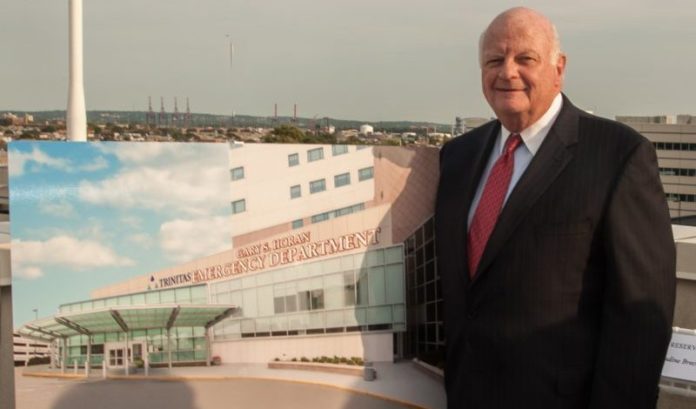 The 24,000-square-foot project increases Trintas’ bed capacity from 27 to 45, and adds new private treatment areas and space for upgraded technology. This will help cut down treatment time by allowing access to necessary equipment without a “ride on a stretcher down long corridors and on an elevator,” according to the Elizabeth-based hospital.

“With separate treatment areas, including an expanded ‘fast track’ area for minor emergencies, patients will experience more personalized care tailored to their needs,” said John D’Angelo, chairman of emergency medicine.  “Three new Intensive Care Unit rooms are also part of the project, allowing patients to be treated quickly in the ER and then not have to wait for a bed in the hospital to become available if they need to be admitted.”

The new emergency department was funded by donations from foundations, corporations and individuals, including $2.3 million from Trinitas’ employees, physicians and trustees.

The naming was voted on by the board, to honor Horan’s five decades in health care leadership in New York and New Jersey, according to a statement from Trinitas.

“The choice of Gary Horan for this significant honor was a very easy decision for us.  There is simply no one else who has the health care experience and leadership talent, nor can anyone but Gary generate such immense respect among all who know him,” said Victor Richel, chairman of the board of Trinitas. “It is fitting that Gary Horan’s name and legacy are attached to a facility such as this that is truly a lifeline for the community we serve.”

Horan has been CEO and president of Trinitas since 2001, and previously served in various roles in New York.

Murphy sees day of financial reckoning ahead: ‘Very tough and, quite...

NJII partners with Corsis to foster digital health IT innovation