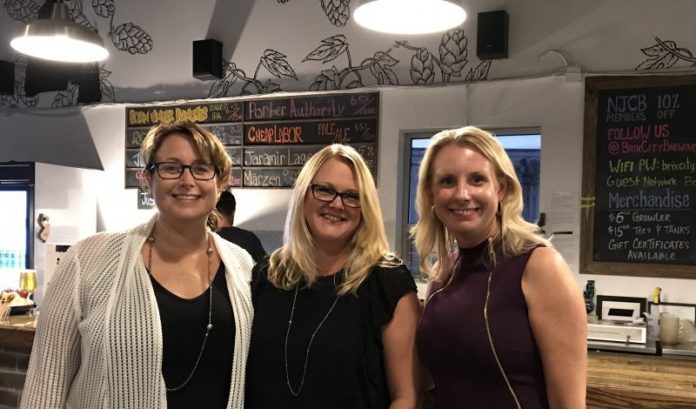 Cecilia Coakley had advice for the women in the audience looking to improve their careers while fighting potential gender bias: Speak up. And to more people.

Coakley, a senior vice president at MWW PR, said the conversation about equality in the workplace needs to be expanded.

“Let’s bring more people into the discussion,” she said. “We need more diversity to make change. We need to be candid about it.”

Coakley was involved in a Q&A discussion last week at a Women in Architecture event held by the New Jersey chapter of the American Institute of Architects at Brix City Brewing in Little Ferry.

Coakley told the audience that recent studies show 37 percent of Americans view women as not being assertive enough. And, even though 45 percent of people believe women are better at managing people, Coakley said she finds female leaders have a hard time taking appropriate credit for the success under their leadership.

She believes women should more clearly convey their expectations to their employer and push for them to be met because women are subjected to unconscious bias, even from peers who claim to support professional equality.

“Our upbringing sets our minds, and we judge and are judged even without realizing,” Coakley said.  “In order to drive change and change the perception of women business leaders, we need to open up the dialogue and have transparent conversations on how we can work together.”

According to AIA NJ President-elect Verity Frizzell, discussions such as this are a high priority to AIA NJ, as equity, diversity and inclusion are central to the professional mission of the organization.

Kim Vierheilig, the chairwoman of the organization, took part in the Q&A with Coakley. Vierheilig speaks multiple times per year, both to the membership and outside of the organization, on the importance of equality in the workplace, which is especially a priority in a male-dominated industry such as architecture and construction.

“As a female architect, I’ve developed the courage to speak up and ask for more responsibilities and the confidence to tackle the most challenging assignments,” she said.

And speaking up, Vierheilig said, is about more than just work.

“I’ve also learned to develop a strong work-life balance,” she said. “Family should always come first, and, if your life and family is in balance, the work comes easily.”

Coakley agreed. And said women need to understand work-life balance helps both the employee and the employer.

“If you don’t change the expectations of flexibility in the workplace, companies are risking the greatest use of their own talent,” she said. “You have to fit your work into your life, not your life into your work.”