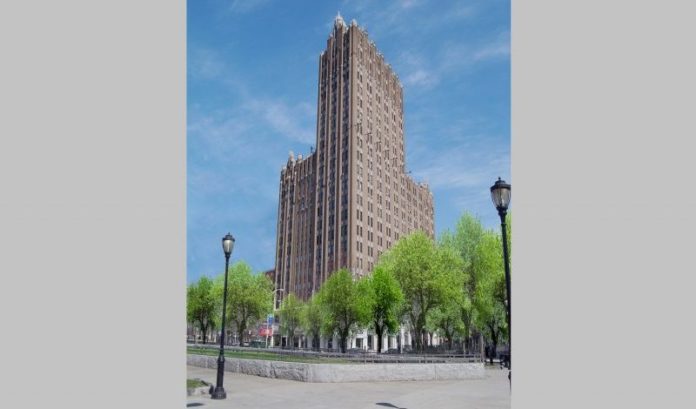 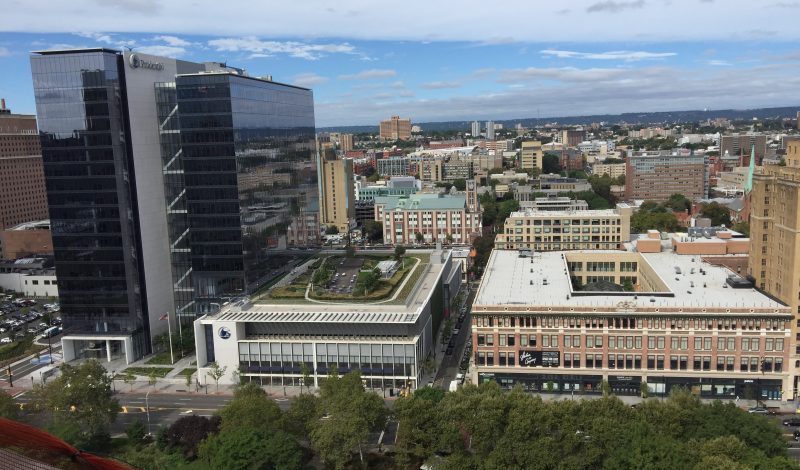 A view of Newark’s Military Park area from atop the One Theater Square project. – Tom Bergeron/ROI-NJ

Looking out from the top of the new One Theater Square mixed-use building in downtown Newark, it’s easy to see views of Newark, across the river in Harrison and even the New York City skyline.

If you look down, it’s easy to how Military Park has helped transform the area.

The park, a historic 6-acre space that had become run down, reopened in 2014 after a four-year, $3 million rehabilitation project by Biederman Redevelopment Ventures. Today, it is the center of a now-bustling area.

The park features a carousel, restaurant, pingpong tables and free Wi-Fi, as well as updated and inviting landscaping. On their own, none of the amenities sticks out. But together, they appear to be providing the boost the planners hoped to give the area. And have helped bring key retailers such as Whole Foods and Starbucks to the area.

Last week, the Berger Organization announced it now has 100 percent occupancy in three buildings near the park: the Military Park Building, the Robert Treat Center and 58 Park Place.

“The park has become an attraction, drawing more people to the area and providing an attractive spot for office workers to take a break or meet after work, further fueling office space demand in the neighborhood,” he said.

That demand, he said, has raised rents, too.

“Since the park reopened in 2014, rents on our office spaces have risen $3-5 a square foot, and room rates at the Robert Treat Hotel have gone up more than 35 percent,” he said.

“This is the first time the Military Park Building at 60 Park Place is fully occupied since our company fully acquired it 10 years ago, which speaks to the continually growing demand for Class A office space in Newark, especially near this beautiful park.”

Berger, who has been investing in the city for more than 30 years, said the diversity of tenants in the buildings speak to the success of the area as they are drawing entertainment companies, nonprofits, professional services firms and public agencies.

“We have long believed that the city of Newark would once again shine as a major commercial hub,” Berger said. “The surge in occupancy in our buildings is just one sign that redeveloping the city’s commercial properties attracts quality tenants who appreciate being in a revitalized urban center.”