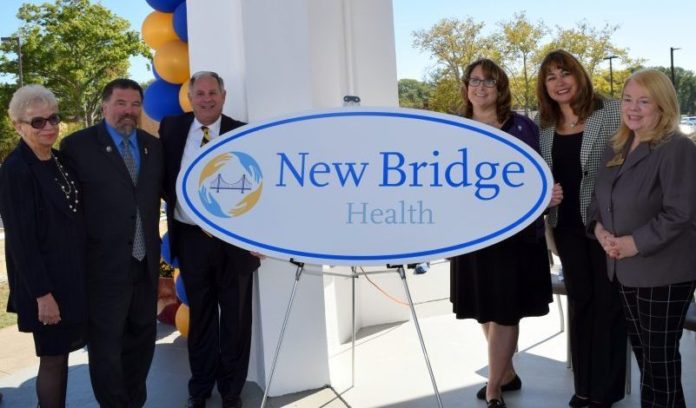 The change in ownership after 20 years comes with a relief to taxpayers, according to the county.

“The revenues that will now return to the county exceed the required payments made by the previous for-profit manager,” a county spokeswoman told ROI-NJ.

“Revenues that, under the prior contract, went to the former for-profit operator are now available to be reinvested into the facility and make much-needed upgrades after the payment of operational expenses. These revenues provide an offset to what would otherwise have come from county coffers, and thereby provides relief to taxpayers.”

The turnaround can be seen almost immediately, with a $20 million investment in technology improvements and $35 million in capital improvements that will occur in the next 18 months.

The 62.5-acre Paramus campus’ new operator, Care Plus Bergen, was chosen after a months-long bidding process in July — about three months after the previous operator’s contract expired.

Care Plus Bergen is an alliance between Rutgers New Jersey Medical School, Integrity House and Care Plus NJ, and began operating the facility under the New Bridge Health name Sunday.

The shift in operators was a much-needed one for the hospital, which recently caught negative attention for its employee-safety issues and aging facility. The previous operators were based in Colorado, while the new operators are an alliance of Jersey entities.

The New Bridge name is also deeply rooted in New Jersey, and specifically Bergen County, history. New Bridge Landing was the site of a bridge crossing the Hackensack River where Gen. George Washington was leading his troops in a retreat from the British after they took over Upper Manhattan.

The CEO and president of Care Plus Bergen, Deborah Visconi, who is the new CEO of the hospital, said the name signifies the goals of the new entity.

“Looking at it globally and strategically, my priority is twofold. Reaching out to the community … and the second is with the employees here, and the medical and dental staff, to re-engage them to leverage the work that’s been going on here.”

The hospital will maintain its services in acute care, long term care and mental health, but is going to bring on new physicians and providers, Visconi said.

That includes working on increasing efforts outside the hospital walls and meeting area residents where they are — a key component in the new health trend of population health management.

Visconi said that things like additional lighting in parking lots and cameras on the property are part of the capital improvements that the county is working on, to help make a safer environment for staff.

“Our world-class partners — Rutgers New Jersey Medical School, Integrity House and Care Plus NJ Inc. — have formed a groundbreaking collaboration that will revitalize and strengthen the high-quality, patient-centered care we provide to patients and families across our communities. The future is bright for our nation’s fourth-largest public hospital, and I am confident that New Bridge Medical Center will become the regional health care destination for northern New Jersey.”

“This is a historic moment for the residents of Bergen County,” she said. “New Bridge Medical Center will allow us to meet the needs of the communities we serve, while continuing to lead the way in mental health and substance abuse treatment, which is so critical as we face a burgeoning opioid addiction crisis. I look forward to collaborating with New Bridge Medical Center’s leadership team in a smart and efficient way to ensure we are delivering top notch services to the people in our region who need it most.”

Unwinding our COVID-19 pandemic safeguards after vaccination: A path forward for...