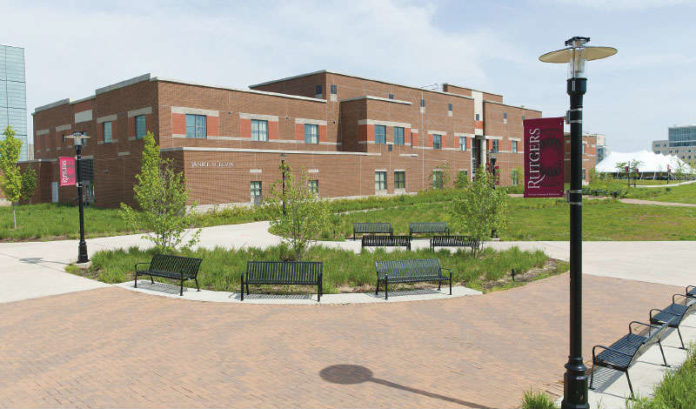 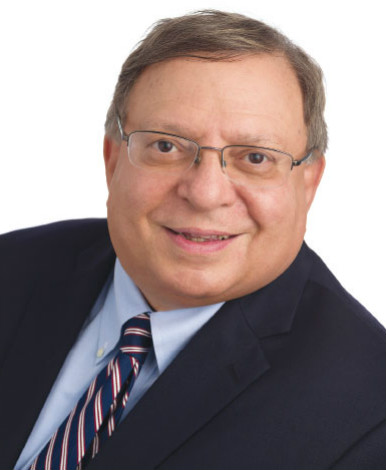 Joseph Blasi is a professor at the School of Labor and Management Relations at Rutgers. – Rutgers University

The “silver tsunami,” the phrase used to describe the large wave of retiring baby boomers, who will be needing to sell off, shut down or transfer ownership of their small to midsized companies, is upon us.

But, lost in the proverbial tidal wave of possibilities may be an option many owners don’t know of: Selling the company to your employees in an Employee Stock Ownership Plan.

ESOPs are a way for employees to be financial stakeholders in the company, but without great risk for employers or employees.

So said Joseph Blasi, a distinguished professor at the Rutgers University School of Labor and Management Relations, the national hub for employee-ownership research.

If an owner wants to transfer the company to a manager or to a group of executives, he can do so by offering shares to the employees, Blasi explained. The employees, who likely won’t have enough cash to buy the business, can do so with a line of credit — the equivalent of a home mortgage.

The idea has potential for small to midsize businesses.

In fact, Blasi said 115 businesses in New Jersey (and their 56,846 workers) already have chosen that route, transactions that have led to a total value of $11.5 billion in shares, or just under $203,000 per person, on average.

Blasi and Douglas Kruse, the School of Labor and Management Relations’ associate dean of academic affairs, have co-authored a book on the subject, arguing that expanding the employee ownership strategy can help right-side the extreme income inequality in the country.

They feel the employee ownership strategy for business succession planning is likely to see a huge growth in interest in coming years.

But, for now, it remains an unknown option.

“A lot of local lawyers, accountants, business advisers and chambers of commerce don’t know much about this,” Blasi said. “New Jersey is not leading in this area as much as you would think a major Northeast state would.”

Moretrench is a geotechnical and underground construction company based in Rockaway.

It was involved in the cleanup of Ground Zero after 9/11. But if it hadn’t been for an ESOP, it may never have gotten the chance.

In 1999, Moretrench put an ESOP in place as part of its strategy to retract its business plan from a national model to a more locally focused firm.

Ken Wigg, a senior engineer at Moretrench, explained how it happened.

When the determination to pull it all back to New Jersey was made, Wigg said, a lot of people were let go. Then, the remaining core group of employees set up the ESOP, with the executive team putting in money to prop up the company so that business could continue, he said.

The company found its footing. And, with a new generation of workers coming in, the company is embracing the parameters of the ESOP and ensuring greater understanding and awareness for the employees, Wigg said.

Joanne Muccione, human resources generalist at Moretrench, said the younger employees are enthusiastic when they learn about the ESOP and what it means to be part of an employee-owned company.

It doesn’t mean that the employees become decision-makers, which is a common misconception, but it does change the dynamic.

Wigg said the relationship between the executive team and staff is different than in large, publicly-traded companies, especially those whose CEOs take home significantly larger paychecks, because everyone can refer to one another as co-owner.

“The benefit is, we are not working for some family that is on a yacht in the Caribbean,” he said. “We’re all working for each other, basically. My performance affects Joanne’s bottom line and Jeff’s bottom line, and vice versa. You’ve got much more of a team effort.”

Some allow probationary periods before employees buy in, others start off with offering shares to employees on Day One.

But the tax benefit is key.

Wigg explained that Moretrench is incorporated as an S corporation, which means it is income tax-deferred.

“We don’t pay income tax at all to the federal government,” he said. “If we were a regular corporation, we would have to pay 30 to 40 percent of income in taxes. Instead of paying that income, we put that back into the ESOP and, over 20 years, that money grows exponentially.”

When an employee retires, they take their money out and pay taxes on the amount taken out. But, with a catch.

“At that point, in theory, you are retired and not working, so the tax base is much less and it’s an investment tax as opposed to a capital gains tax,” Wigg said.

So, a person would only have to pay 15 percent in taxes.

Jeffrey Ayres, project manager at Moretrench, clarified that employees still pay income tax on their regular paychecks, but the tax benefit applies to the shares.

“As the value of the company grows, the shares grow, and that is tax deferred,” Ayres said.

That tax deferment has come into question by members of Congress over the years, Ayres said, but the political action committee that represents ESOPs has shown its increase in members over the years and fought to keep it tax-deferred.

The NJ/NY Center for Employee Ownership, which is located at Rutgers, is pushing for more participation in ESOPs in New Jersey and around the country.

And those numbers have potential to grow.

Blasi worked with former Assembly Deputy Speaker Upendra Chivukula to craft a bill, mirroring one in Iowa, that would ease the tax burden for a transition from owner to employees, and has advised on legislation in the state and around the country.

To date, none has passed, and Blasi said that, if New Jersey’s bill does, it could set an example for the rest of the country.

In June, Assemblywoman Marlene Caride (D-Ridgefield) re-introduced Chivukula’s same bill, which focuses on companies with fewer than 500 employees, are not publicly traded, and are at least 30 percent owned by employees.

According to the bill: “Historic data show that employee ownership has proven to reduce unemployment through the retention of full-time jobs. Employee- and management-owned enterprises produce indirect revenues that come from the reduction in unemployment insurance claims, gains in the retained-employee income taxes, corporate income taxes and New Jersey state sales taxes.”

The center at Rutgers is focused on making sure more people know about and are trained in handling the transition from employer to employees, according to its executive director, Bill Castellano.

“Selling to employees is not necessarily the first thing that pops into an entrepreneur’s mind, and some may not even know it’s an option,” he said. “The target is a company with at least 50 employees, $10 million or more in revenue.”

That tends to exclude a number of small businesses, especially restaurants or smaller family-owned entities. But there has been significant penetration of ESOPs in manufacturing, finance, insurance, real estate, professional and technical services, consulting firms, construction firms and retail firms.

ESOPs don’t just help the employer and their employees, Blasi said. They can help towns, too.

Small businesses that don’t have a strong succession plan are either weakened or shut down after being bought by competitors, or taken over by banks, which may shift the organizational structure, he said.

“New Jersey does have a meaningful employee-owner sector, but people don’t know about it, the media doesn’t pay attention to it,” Blasi said.

“This silver tsunami crisis is why this issue will get some attention.”

3 finance pros presented with Warren Hill award from the NJ...