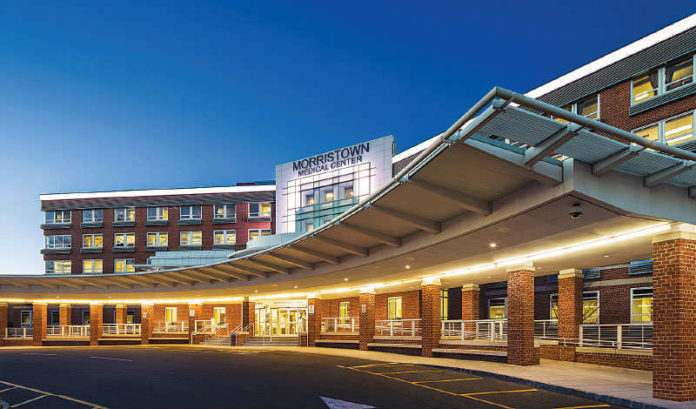 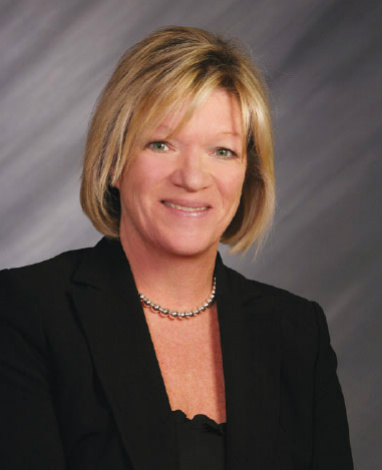 When Atlantic Health System settled the years-long hospital property tax dispute in 2015 with Morristown following a now-nationally famous tax court decision from Judge Vito Bianco, it was all thanks to the work of McCarter & English attorney Susan Feeney.

Feeney has kept away from the media since her big win, which opened the floodgates for more than three dozen similar lawsuits around the state.

But she has consulted about the settlement with hospital groups, municipalities and attorneys around the state and country.

In her first media interview, Feeney shared with ROI-NJ how she reached the settlement, her experience with nonprofit entities, the flurry of lawsuits that have followed, and the legislation she helped craft — which was pocket-vetoed by then-presidential candidate Gov. Chris Christie.

ROI-NJ: How did you get involved in the Morristown case?

Susan Feeney: I always knew about the case and, to be honest, I always said to myself I wish I could be involved. I knew what the issues were and I was like, they should just be settling.

When (Brian) Gragnolati took over as new CEO (of Atlantic Health), various people had spoken to him and told him to pay attention to the property tax matter. A member of the Morristown Foundation directed Gragnolati to me. I gave him a primer on New Jersey property tax law and my thoughts on the case. When the (Bianco) decision came down, Brian hired me to help them figure out whether to take the appeal or settle. That’s how I got involved.

ROI: What would you have done differently if you had been involved before the Bianco decision?

SF: Everyone is going to know now if I take another case to trial what I’m going to do … but there are two areas that were not covered in the trial. The lawyers didn’t introduce any testimony to do with the nonprofit status. They thought, once they established the hospital purpose, they didn’t have to go any further. You’d have to ask them why they thought that.

The other thing is, there really wasn’t any expert testimony in the case that most not-for-profit hospitals in New Jersey operate the way Morristown operates. If there was expert testimony showing all not-for-profit hospitals operate that way, ruling against it would nullify the statute, and there are U.S. Supreme Court cases that say a judge should strive not to annul a statute.

ROI: What other settlements have you worked on since Morristown?

SF: All of Atlantic Health, (Robert Wood Johnson University Hospital) in New Brunswick, prior to it being merged into RWJBarnabas Health, Trinitas and Elizabeth, JFK Health and Edison, AtlantiCare and Galloway Township — but still working on AtlantiCare and Atlantic City.

ROI: Has it gotten easier to settle since you ended up facing the same person in settlements, Martin Allen?

SF:  He and I have been friends my whole career. His best friend lives in my neighborhood, so I see him socially, and we were up against each other during the Hunterdon v. Reddington case. In one sense, when he and I — if both sides say, ‘Let’s get this thing settled’ — on one level, it is easier when he is involved, because we have history about the other cases and don’t have to educate anyone about it. There are some people who have not sat down and read the Morristown decision but talk like they have, so when Martin and I get together, it’s easier.

ROI: How did the pocket veto of the state legislation that was crafted to help resolve this issue affect the lawsuits?

SF: Some settlements were somewhat based on the $2.50 (per day per licensed bed) model that was in the bill. When I was asked where that came from, even though the bill would establish a commission to study the situation, I found that, frequently, when I would look at the amount of assessed tax; the community service contribution was right in the range of the tax and sometimes more. So, when we were trying to get to this fair share amount, it seemed like $2.50 fit within it.

ROI: Wouldn’t this encourage hospitals to reduce the number of licensed beds?

SF: That’s for the commission to study. Everybody felt there was a need to get something in place, to salvage the relationship of the hospitals and towns, and the amount of litigation costs that were feared to come in — that’s happening now.

ROI: What other ideas were floated in the crafting of the bill?

SF: When we were drafting ideas, one of them was to pay a percentage of property taxes. The problem is that the taxes are locally assessed and not statewide. So a hospital in one township could be assessed $400 per square foot, while a bigger or similar hospital could be assessed at $200 per square foot. Also, in that case, we cannot take away the right for either the hospital or the municipality to appeal if they felt the amount was unfair.

We also discussed a tax credit for the charity care services provided, but then the municipality might not get anything because it would effectively balance out. You couldn’t with a straight face go to the League of Municipalities and try to pass that.

The only better solution would be to align not-for-profit status to the IRS 501(c)(3) status. Instead of amending a 1913 statute. The IRS has always looked at all health systems, if it has blessed certain things, it is easier if we just accept that.

ROI: How were the hospital cases different from Princeton University’s property tax dispute, which you also had a part in?

SF: The Princeton case is different because it was not brought on by the municipality. It was filed by a third party. In fact, the town had a good relationship with the university, and Princeton University has paid taxes to some degree in the past. The issue was whether or not the school was, in fact, operating like a school. (Like hospitals), the argument was what is a modern college. Does it include the student center which has all kinds of services and retail stores, or do you isolate those things and tax that, and exempt classrooms and dorms? The second aspect was royalties for professors who discovered certain types of innovations. Under federal statute, the professors are allowed to get some of that money, so the argument was, doesn’t the statute pre-empt the tax issue anyway?

ROI: How did the Morristown case get to the point it did?

SF: Once it went to discovery, all sorts of information came out and that’s why it blew up the way it did.

At first it was only leased spaces to physicians. Then, licensed spaces in emergency rooms, pathology and radiology lab spaces — once that was discovered, you couldn’t isolate that the way you could isolate straight leased space.

I found, in the beginning, there was some education needed with the other health care systems and lawyers. There are a fair amount of people out there that think once an entity is 501(c)(3), that it translates to property tax exemption. We have a different test in New Jersey.

It’s a three-pronged test that emerged from the Paper Mill Playhouse decision.

ROI: Did you realize the Morristown settlement would have the ripple effect it did?

SF: The tax assessors wear a hat where they are supposed to be assessing according to their practices. So, mayors or attorneys in a town shouldn’t be asking about it. So, between municipalities asking what to do and tax assessors also asking, it was clear it became a hot issue. Where it became evident was at the League of Municipalities conference that fall. There were seminars being held on what the decision meant and what municipalities need to know.

ROI: Isn’t it a national issue?

SF:  Across the country, what happened was, each state’s property exemption law is different. In New Jersey, we have this hospital purpose aspect and you have to be operating as a nonprofit. Some states treat them as charities, so a few states where the issue was also brewing, (what) they were dealing with was treating a hospital as a charity. Also, some states may follow 501(c)(3), which is the easiest thing to do I think.

SF: Think about it, taxes are used to fund schools. Hospital property, unlike apartment buildings, are not putting kids in school. But if employees live in the area and are putting their kids in school, they are paying for it through property taxes. I think that, when this first came down, I don’t think there was a focus necessarily on what the tax-exempt entities contribute to communities. Hospitals are usually the largest employers, and many people who work there will live in the community. So, the hospital contributes because its employees live and pay property tax and purchase things in that town. Also, the hospitals usually provide free community benefits like health exams and fairs. Some provide ambulance service, and also some provide Narcan to police (for reversing heroin overdoses). Nobody really focuses on that.

ROI: What is the biggest problem you are finding in these cases?

SF: Some municipalities are putting the hospitals on their tax rolls and then going after the appeal. It makes it look like they are getting the taxes based on the ratables, but the money isn’t actually coming in, because the tax assessment is being contested. So, the tax rate would go down that year for residents, but then (it becomes a shortfall for the municipality). At some point, they will go forward with tax sales, so if someone buys the tax sale certificate, and if it ends up the hospital is exempt, they have to undo the tax sale. So, it’s better that they don’t put hospitals on the tax rolls.