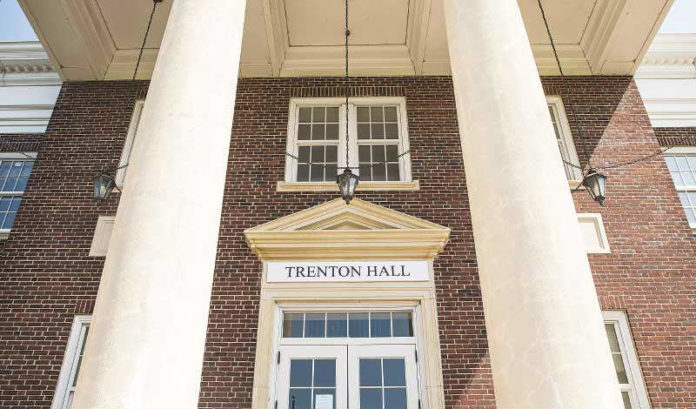 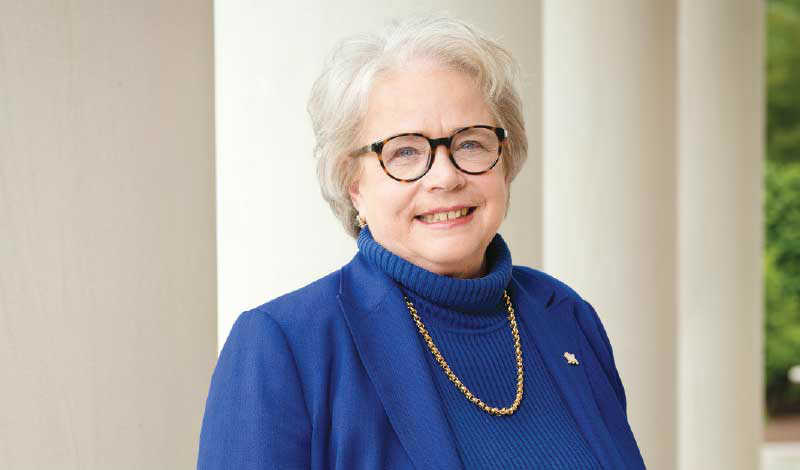 While The College of New Jersey is located in Ewing and got its start in Trenton, school officials recently learned they weren’t doing enough to help members of those communities enroll at TCNJ — or enough to help those students when they did.

In fact, TCNJ President Barbara Gitenstein said, everyone associated with the school — from administrators to faculty to students to alumni — was not as connected with the communities as they could or should be.

That started to change last week, when Gitenstein announced more specifics about how the school will implement three recommendations made by the school’s Advisory Commission on Social Justice in a report presented to her June 24.

The announcements are just the latest measures Gitenstein has taken since she learned last fall that Paul Loser, the man the main building on campus was named for, had spent much of his time as superintendent of schools in Trenton working against the rights and best interests of the African-American community.

Even more, they are the latest examples of leadership in a time when college campuses across the nation have been wrecked by racial divisions and protests.

Call it Crisis Management 101, as it has been a lesson any business leader in the state could learn from.

Gitenstein was determined, she said, to not only address the problem, but solve it in a way that makes the community better.

It’s how the school learned it needed to make adjustments.

“You need to be close to the ground, and, when you hear something growing, you need to run to the problem, not run away from it,” she said.

Since she first heard about the issues involving Loser last fall, Gitenstein said she has acted proactively — something she said her counterparts at the University of Missouri, University of Virginia and Cal-Berkeley failed to do.

“My heart breaks for those campuses,” she said. “Some of what we are doing is a result of advice from my colleagues to make this about the long term, not the short term, make it bigger than whatever was the lightning that started the fire — to listen to people and to honor people’s perspective, to take leadership and to admit that this is a scar on our country.”

Here’s how she did just that.

Last fall, the provost at the school came to Gitenstein with tough news.

Students in an archival history class at TCNJ had discovered disturbing information about Loser, who served as superintendent of schools in Trenton from 1932-55.

Four students made a presentation to Gitenstein, who immediately recognized there was a big problem.

“The story is a story of an individual that did not follow the law,” she said, detailing how African-American children were sent to one middle school, often at great peril to them as they crossed long distances on their way to school.

Gitenstein began doing research herself, too.

“The case ended up in the New Jersey Supreme Court, which determined that such assignments were illegal,” Gitenstein said. “You’ve got a law and a supreme court decision. One would expect that behaviors would have changed. But, in fact, from 1941 to 1948, there were no, I mean zero, I mean none, African-American teachers hired in the district. They were hired as part time, but not one permanent faculty member was hired.

“Once I read that, I said, ‘I don’t think this is someone we should be honoring.’”

Her next step was one of the biggest in the process: She didn’t rush the response.

She credits Georgetown University President Jack DeGioia and Princeton President Christopher Eisgruber, both of whom had successfully handled issues of racial injustice at their schools, for helping her go slowly.

Use the issue to make the school better, they said.

“Jack was masterful,” Gitenstein said. “One of the pieces of advice he gave me was make sure you use this as an opportunity to do something more than deal with the historical implications.

“He said, ‘This is systemic; it is still happening and we need to be leaders in this.’”

“Set up something that is not what we did but what works for TCNJ,” she said he told her.

Gitenstein did not make a public move in December, but began forming a commission to study how the school should respond.

“I told the students, ‘I will do it as soon as possible,’ but I didn’t want to do it right then, because I wanted the students to be able to concentrate on their finals and I wanted them to be a part of it.”

She also wanted time to bring other people into the process.

She set up a commission, co-chaired by John Donohue, the vice president of advancement, and Chris Fisher, an associate professor of history and previously the chair of African-American studies at TCNJ.

“This was about, not just Paul Loser, but our relationship with Trenton, so it was very important that the membership of this commission not just be faculty, students and staff, but that there be community members from Trenton and Ewing,” she said.

It was a way, Gitenstein said, to correct another frequent problem with higher education.

“One of things I think higher education appropriately gets slammed for is that, when we start to think about these issues of community engagement, inclusion and racial discourse, we come in and tell a community what to do,” she said. “With all due respect, how colonialist is that?

“We wanted to make sure we were actually hearing what people needed.”

To do that, the commission went into the communities to talk.

Doing so, Gitenstein said, meant that more would come of it than just talk.

“I wanted to make sure we set up something that is actionable and sustainable and something that we actually can do,” she said “We cannot solve the ills of the world. We are not going to be able to transform the economic stressers in Trenton.

“But we are experts in education and educational attainment and we sure can do something about that. I said, ‘Let’s make sure that when you come up with recommendations that there’s something that we actually have expertise to do.’”

Not everything went smoothly during the process.

Last spring, some students were pushing for change to come sooner.

“Students got concerned,” Gitenstein said. “Students who weren’t as close to the action. They wanted something done immediately when it came to changing the name of the building.”

Sensing growing anxiety — and the coming close of the semester — Gitenstein asked the committee to recommend a name change first. It did so.

On May 24, the name of the building changed to Trenton Hall.

And, she said, she didn’t mind the pressure from the students. She said it was another opportunity to work together.

“I think it’s very important to note that there were students who protested about this and were upset about this and did express themselves,” she said. “My message to them was, ‘I understand, I absolutely agree, now let’s get something done.’”

It wasn’t the only tough conversation Gitenstein had to have.

While the committee was meeting, Gitenstein began the process of bringing the surviving members of the Loser family into the process.

The family had contributed an initial $1 million in 1986, for which they were rewarded with the naming of the building. In 2006, the family had donated an additional $5 million.

The conversation wasn’t easy for her, Gitenstein said.

“I am very close to the Loser family, particularly to the donors,” she said. “I did not know Dr. Loser; he was not the generous donor. It was his son, Tom Loser (now deceased), and his wife, Carol Loser.

“Carol is an extraordinary woman. The only thing she has in common with her father-in-law, I mean the only thing, is her last name. It’s an amazing family. They understood what we were doing. Regretted it. Did not want us to do it, but understood why the decision was made. And were amazingly supportive.

“Not only that, Carol made it very clear to me that they did not want the money back.”

The next step is moving forward.

Increase the number of students from Ewing and Trenton schools who are deemed college-ready and can be successful at TCNJ;

Increase the awareness and engagement with the cities of Trenton and Ewing, particularly among TCNJ undergraduates for a deeper sense of community history and institutional identity;

Promote a community curriculum and culture that is more inclusive among faculty administrators and staff.

“The recommendations are pretty significant in regard to recruitment activities for Trenton residents, in regard to visibility campaigns for us in Trenton, and in regard to a gallery of history of the college in what is now Trenton Hall,” she said.

The programs, she said, will have specifics.

Gitenstein will serve on a steering committee to make sure action is taken.

“What we did among the steering committee was to identify specific initiatives that we’ll see progress on this year, because I am retiring and I do not want to leave the campus not seeing some momentum on this,” she said.

Gitenstein admits being at a less-heralded school nationally gave TCNJ more time and space to find its way.

“I think it helps in our particular case that we were not as in the media eye as some of these others are,” she said. “I think we were allowed to confer as a community and figure out a better way in a way that Virginia was not allowed to do.”

Not that she’s giving her colleagues a pass.

“And I think people expect a president to be there during these crises.”

The enormity of the situation was not lost on her as a student of history.

“If you were to ask what I was thinking as I was working through this, I would say the story resonated with me even as I heard the presentation from the students, and certainly as I did my greater research,” she said.

“There’s a tremendous responsibility for individuals, but particularly institutions of higher education, to be sensitive about this and do it such a way that is not colonialist or in such a way that says, ‘We know what’s best for you.’ But, ‘What is it that you need and what are the resources that we can bring to the table?’”

The results, she said, are telling.

Want to learn more about how TCNJ handled the situation, send an email to: commission@tcnj.edu.

Drew University president to leave at end of July