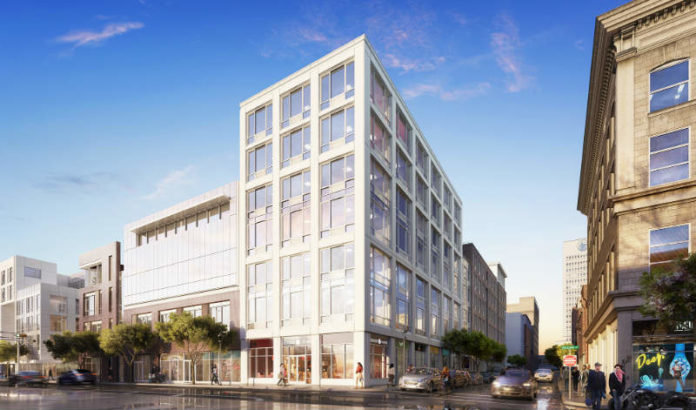 The latest ribbon-cutting in Newark adds a lot more than just multifamily residences and retail to the downtown area: Teachers Village represents a step forward in education and helps establish the city as an example of how modern development can have a great social impact.

“Teachers Village is more than a real estate development; it is a pioneering initiative designed to provide housing for teachers, schools for our youth, and add shops and businesses that will create jobs and entrepreneurial opportunities, all of which will strengthen our economy,” Baraka told the audience.

“Teachers Village changes the face and shape of our downtown, creates educational opportunities that will impact generations to come, and revitalizes this portion of our downtown as a 24/7 neighborhood.

“By doing so, we are empowering our entire city and setting a national standard for the entire nation. ‘Wherever America’s cities are going, Newark will get there first,’ Ken Gibson said. Today, we are defining that destination as a prosperous, successful and dynamic metropolis.”

But what sets it apart, officials said, is the commitment to education in the community. More than 70 percent of the apartments are leased to teachers and educators, creating a 24-hour living and learning environment.

Developer Ron Beit, CEO of the RBH Group, said the grand opening is another milestone moment in the redevelopment of Newark.

“It is exciting to see that the vision we had for this neighborhood, which just a few years ago was made up of surface parking lots and dilapidated buildings, has become a community centered around the educators of the children of this city,” he said.

“When we broke ground on Teachers Village, I said that we looked forward to the day when Newark students would be sitting in brand new schools, their teachers living in beautiful, moderately priced apartments, with open space, recreational amenities and retail establishments that make a community a neighborhood. That day has come.”

The project is part of the SoMa Redevelopment Project, which encompasses over 15 million square feet of development area within a 23-acre area south of Market Street.

Meier and Beit said the master plan strives to bring downtown Newark a mix of daytime and nighttime activity by encouraging rehabilitation and new residential and retail development. It calls for the emergence of new neighborhoods consisting of thousands of residential apartments, hotels and retail districts connected via vibrant, active streets, and development that leverages local mass transit, they said.

The project received state and federal New Market Tax Credits, as well as PILOT financing. Construction began on the first building in February 2012.

“We are thrilled to join the community in celebrating this truly catalytic and transformative project,” she said. “The product of an ambitious effort to respond to the neighborhood’s needs, Teachers Village was accomplished through unprecedented levels of public-private collaboration and serves as a model for community development.

“This visionary project will not only extend the ladder of opportunity to 2,000 children per year by providing best-in-class educational opportunities and creating hundreds of quality jobs, but will also pave the way for future investments, while contributing to the life and vibrancy of downtown Newark.”

“Teachers Village is the exact type of mixed-used project that we want to support in the city of Newark,” she said. “It has been critical to the revitalization of Halsey Street, serving as a key anchor and creating diverse residential and retail options that mirror the character of our city.”

Rider receives the largest gift ever in its history