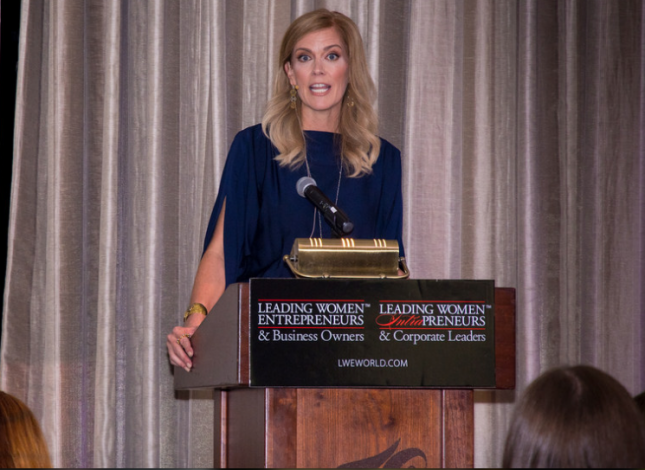 The third annual “Women in the Workplace” report, produced by McKinsey & Co. in partnership with the nonprofit women’s group LeanIn.org, contained a lot of information that female leaders in the workplace already know: It’s still difficult for women in the workplace to get an equal shot at promotions.

“Getting promoted in the workplace is still harder for women,” she said. “This study proves what LWE has been hearing for years.”

Wellbrock is trying to change that.

Next Monday, her group will honor the Top 25 Intrapreneurs at the Liberty House in Jersey City.

“We will honor the innovators in corporate environments who support diversity efforts,” Wellbrock said. “These are women business leaders within a large corporation who take direct responsibility for turning an idea into a profitable finished product through assertive risk-taking and innovation.”

Cathy Engelbert, the CEO at Deloitte, will give the keynote address.

Engelbert, who leads one of the largest professional services organizations in the United States, with more than 85,000 professionals, represents what so many women are striving for, Wellbrock said.

“We still have a long way to go before we shatter all of the glass ceilings that are keeping women economically undervalued,” Wellbrock said. “Thankfully, there are some remarkable leaders like Cathy Engelbert, CEO of Deloitte, that are leading the journey towards financial equality and inspiring many to reach for the top.”

Engelbert is a New Jersey resident who took the reins at Deloitte — which is based in New York, but has a strong Garden State presence — in 2015.

Her accomplishments, Wellbrock said, should not be undervalued.

According to the McKinsey report, women have difficulty reaching the top even when they are proactive in their quest.

The study said women are asking for promotions and raises at the same rate as men. In fact, women at the senior level are asking more frequently. However, the report stated that women are 18 percent less likely to receive the advancement requested.

The disadvantages of each measure of the gender gap are even more pronounced for women of color, the study found, even though black, Latina and Asian women are between 10 and 20 percent more likely to pursue top executive positions than white women.

“The Top 25 Intrapreneurs event is a way to showcase women who have achieved so much in the workplace,” Wellbrock said.

Best practices for restaurants when it comes to environment