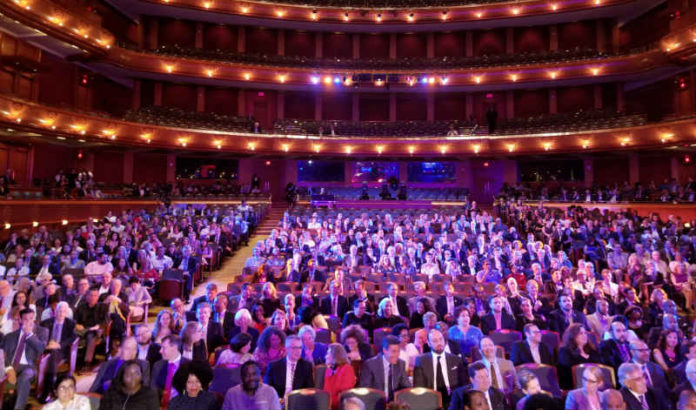 The cashier at the ShopRite saw the media lanyard I forgot was hanging around my neck.

“That’s right,” she said. “I knew there was a debate tonight.

“Of course, I couldn’t watch it because I was here.”

That she even knew of the gubernatorial election — let alone the fact that Phil Murphy and Kim Guadagno had debated at the New Jersey Performing Arts Center — was a surprise to me.

The race hasn’t actually captured the attention of the everyday people the candidates are appealing to.

So, I jumped at the chance to talk to an “average voter” (or, to be fair, a “more-than-average voter”): a woman who — despite a news cycle dominated by the president and a slew of natural disasters — was politically aware of state issues.

“What do you think of Murphy?” I asked.

“Just because he’s rich, people think he’s a bad person,” she said. “I don’t agree with that.”

“What do you think of his plans?” I said. “Are you concerned he’s going to raise taxes?”

“They’re so high now, what does it matter?” she said.

It was a sad, but fair, point.

And since she didn’t actually know any of his plans, I turned my attention to Guadagno.

“What do you think of the lieutenant governor?” I asked.

It was as if she were at the debate.

There, Murphy tied Guadagno to Christie on more than a dozen occasions.

“You have to own the record,” Murphy told her.

Unlike Guadagno, I challenged the connection.

“Do you think he asked her what to do?” I asked. “Do you think any of the decisions he made were because of her input?”

“I don’t think anyone can tell him what to do,” she said.

My order was about done, so I had to ask the question of the day:

“Who are you going to vote for?” I said.

With that, she offered her rival party some hope.

Conventional wisdom says Guadagno would need to score major points at the debate — or at least enough to pull within single digits in the polls — to get a much-needed influx of money for campaign ads.

It’s hard to image that happened Tuesday night, a debate in which both sides claimed victory but the bigger scoreboard said this: Guadagno didn’t win; Murphy didn’t lose. Those were the only outcomes that would have had impact.

Guadagno’s biggest hope moving forward may be to keep a low profile and hope a low turnout works in her favor.

It’s hard to imagine, but at a time when public discourse involving the President of the United States has never been higher, nothing about the race to elect the first new governor in New Jersey in eight years has captured the attention of the electorate.

Nothing about the first debate will, either.

Except for my lanyard.

Glover says Newark remains confident it has what Amazon is looking...