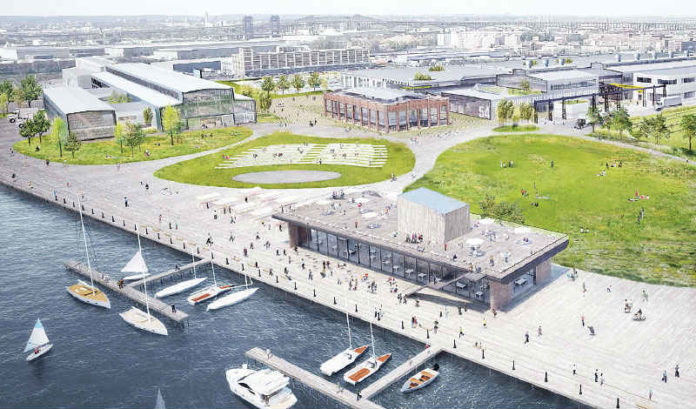 When New Jersey officials narrowed down the list of cities in the running to get the coveted seal of approval from the state on their application to land Amazon’s second headquarters, it meant that nearly 20 municipalities were out of the running.

But, were their efforts a waste of time?

Since Amazon made its announcement Sept. 7 that it is seeking the new location, ROI-NJ has talked to numerous economic development officials and experts about the frenzied nationwide chase to land the “HQ2” and the supposed $5 billion in investment and 50,000 six-figure-salary jobs that come with it.

Few would go on the record, noting they did not want to offend current or potential clients or locations.

And all acknowledged that most of the nearly two dozen hopefuls in New Jersey had little chance to earn even a nod from the state, let alone being picked by Amazon.

But most felt the exercise to try to land the company was worthwhile.

“Everyone felt an obligation to bid; we’ve got to put in,” state Senate President Steve Sweeney (D-West Deptford) said. “Then, you start to do an inventory of what exists and what doesn’t exist and what you need to make a big project or big company come to your area.

“It’s eye-opening. So, in that regard, it was a very good process to go through. More than that, it gets people talking to each other.”

If nothing else, Sweeney said, town officials all over the state got a reminder of what needs to be done to bring projects to their location.

Sweeney, speaking at the groundbreaking for the $172 million New Brunswick Performing Arts Center, noted how the project was more than 10 years in the making.

“Look at this project,” he said. “Look at how many people had to come together to get this done.”

Another insider in the development industry said he hoped towns would not only use the exercise to take stock of their area, but to make an assessment of where they need to be in the future.

And Michael Meyer, the director of development at the recently completed Kearny Point, said the opportunity gave his group the ability to see if its big dreams had any basis in reality.

Kearny Point was not one of the four locations (Newark, Jersey City, New Brunswick and Camden) to move on to the second round.

“I think that the Amazon (request for proposals) has proven to be a great opportunity for local officials, planners, economic development professionals and real estate owners and developers to step back and ‘look in the mirror’ and assess their strengths and weaknesses from a broader perspective,” he said.

The exercise, in fact, may have been beneficial even to the areas that did move on.

(READ MORE from ROI-NJ on the Amazon HQ2 effort.)

Chris Paladino, who spearheaded the New Brunswick PAC as the president of the New Brunswick Development Corp. and was part of the team preparing New Brunswick’s bid, said the exercise would have been worth it even if his group was not one of the four cities asked to provide more information to the state.

“Absolutely,” he said. “It’s a great trial run for some of the realistic fish. That’s my perspective.

“We have learned a lot about our location.”

If nothing else, the exercise gave development and government leaders a chance to see what it’s like to compete in a reality game show.

One compared it to the Olympics. Another to “The Bachelor.” “America’s Got Talent” came up, too.

Various cities around the country have put huge Amazon parcels on their streets, told the company they would rename a part of their town “Amazon” and made Amazon’s Echo product answer their name when asked where Amazon’s headquarters are. Tucson, Arizona, even sent the company a 21-foot- tall cactus.

If it were a game, many people felt Newark would be the front-runner in New Jersey. That speaks volumes for how far the state’s largest city has come.

Newark Mayor Ras Baraka said he would love to land Amazon. And said he loves the idea that the city is being held in such high regard during the chase.

“It’s good for the city’s brand,” he said. “People are beginning to look at it differently.”

And, while Baraka is thrilled Newark can stand on its own merit, he joked that it doesn’t need to play any games to get extra attention in its application process.

“We’re not sending big cactuses to them,” he said.