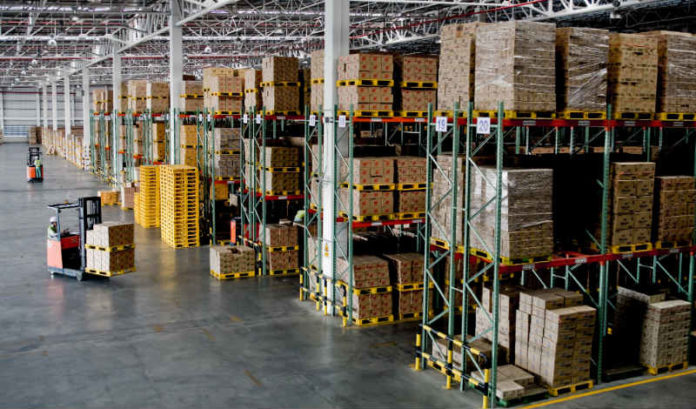 The state’s industrial vacancy rate is at an all-time low despite a record amount of warehouse development in recent years, according to Transwestern’s Third-Quarter 2017 Industrial Market Report.
That is with rents at an all-time high.

The 4.6 percent vacancy rate beats the previous low of 4.8 percent in the second quarter of 2000.

In comparison, commercial real estate services firm Cushman & Wakefield showed a national office vacancy rate that increased from 13.2 percent in the second quarter to 13.3 percent in the third quarter.

Nationally, markets remained stable in the past three months, according to Cushman & Wakefield, which said the U.S. office fundamentals were influenced by a strong tech sector and the effects of a robust construction pipeline.

“More and more, the office market’s fortunes in 2017 are linked to the rise of the tech sector,” said Cushman & Wakefield’s Revathi Greenwood, head of research, Americas.

Transwestern’s Industrial Market Report found that, in New Jersey, although total inventory has grown by more than 10 percent, occupancy continues to tighten throughout the market.

Continued growth still hasn’t lessened that, with more than half of the 14.3 million square feet of space under construction in the state preleased.

“As the market strives to keep up with the e-commerce boom and the corresponding increases in shipping traffic and job growth, demand for state-of-the-art warehouse space in New Jersey continues to outpace supply,” Transwestern Managing Director Alex Previdi said. “After evolving from a manufacturing state into a home to corporate headquarters and office campuses, New Jersey is once again going through a transformation, becoming one of the country’s most important warehouse and distribution markets.”

Nationally, “the flow of tenants into new construction is beginning to impact fundamentals in some markets,” Cushman & Wakefield’s Greenwood noted. “Developers delivered more than 11 million square feet of office space nationwide during the third quarter. The pipeline of new product is and will remain an important influence on the U.S. office market for the balance of 2017 and beyond.”

“The prosperity that has resulted from New Jersey’s warehouse boom was symbolically displayed during the third quarter, when the largest-capacity container ship ever to visit the Port of New York and New Jersey passed under the raised Bayonne Bridge,” said Transwestern’s New Jersey research director, Matthew Dolly. “Because of the relentless demand, it seems there is no ceiling for asking rents, which have increased in 15 of the past 16 quarters, and are now, on average, 46 percent higher than the post-recession low.”