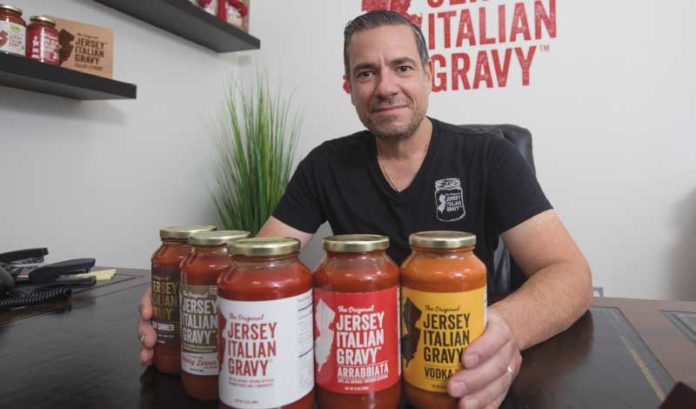 Jersey Italian Gravy LLC is owned by Carlos Vega; and — if the name didn’t already ruin the surprise — he’s not Italian.

“It’s not something I try and hide,” he said. “I’m not going to change my name to Carluccio; it’s Carlos, which right away you know that I’m Hispanic. I do always hear it said, ‘You’re not Italian?’ My answer is — have you gone into the kitchen of your favorite Italian restaurant to see who is cooking your food?”

The answer is resoundingly that it’s a Hispanic population represented in the kitchen staff of restaurants.

Even more, there’s a large Hispanic representation among ownership of these small businesses, too.

The better question is, how can minority small business owners expand into markets outside of their traditional community?

This is where organizations such as the Statewide Hispanic Chamber of Commerce of New Jersey step in.

Luis O. De La Hoz, vice chairman of the chamber, said his organization is urging small business owners around the state to entertain a new strategy.

As De La Hoz explained it, success in this sector doesn’t begin and end with kitchen prowess — it’s also about making sure that whatever food you’re making a business out of is packaged in a way that appeals to a broad-based demographic of consumers.

“Often times, our members just look at the natural market for them, the Hispanic market,” he said. “But we see a trend that those not solely focusing on this market are doing very well. They suffer less when something happens to the economy in a way that affects particular consumer groups.”

It’s hard to argue with results — such as those seen by Vega, a former Wall Street professional who turned a pizza parlor that once served just a three-mile radius into a company that markets pasta sauce products to all types of consumers in stores nationwide.

Vega attributes some of that success to having a product that’s not overly niche.

“You can’t refuse to follow a trend in business, whatever it is,” he said. “And, right now, the general market is looking for high-quality items from all over the world, but items they’re comfortable with. A pizza or pasta sauce is universal; anyone will buy that.”

That’s not to imply business concerns outweigh Vega’s deeply entrenched passion for Italian food — if that were the case, he wouldn’t have traded in a tie for an apron on a whim when he paid a visit to the pizza parlor he had fond memories of from his youth.

It’s just that Vega, who grew up in a Cuban and Spanish household, believes paying attention to consumer preferences is a must for a small business with big aspirations.

“I love my rice and beans and my Cuban cuisine, but, if I was doing Cuban food, I’d have to think of a way to reformulate it to hit that general market,” he said. “You can’t just stay in just the Latin sector or stay in your comfort zone and expect to grow a lot as a business.”

Accessing a wider market is second only to accessing capital when it comes to what challenges a small business most, in De La Hoz’s estimation. The value in it comes from having new customers, he said, potentially with a more diversified mix of incomes, too.

“That means having customers with professions (not as susceptible) during bad economies, such as the service industry or construction,” he added.

What the chamber is finding in its outreach to small businesses — primarily Hispanic restaurants in areas such as New Brunswick — is that opportunities abound.

The response from owners, however, isn’t always resounding enthusiasm.

“It’s not that they have been avoiding trying to serve that market, but they might not know to position themselves in a way to focus on a more general market,” De La Hoz said. “But it can be difficult, too, to tell owners who have Mexican background to try and focus on opening the restaurant to the general market.

“It can be hard, because they might have certain strong ideas of how things should look and what the price should be.”

(READ MORE from ROI-NJ from Focus On… Small Business.)

Convincing a would-be entrepreneur of the benefits of appealing to as many consumers as possible is easier than a small business owner already decades into an enterprise, he added.

Although the chamber has put an emphasis on outreach to restaurants, the trend of encouraging small, Hispanic-owned businesses to broaden their base may cross industry lines.

“This could benefit a wide array of small businesses — it’s just that food businesses are a natural (starting point) because food and going out to eat is something everyone can enjoy,” De La Hoz said.

In fact, a business owner with Hispanic roots focusing on the general market is exactly what Rick Tapia demonstrates in the beverage industry. And it has found Tapia success with his small-batch bourbon brand that has a New Jersey presence, J.R. Revelry.

That he can stand as a success story in the industry’s market is important, because, as the son of Peruvian immigrants, he’s also making inroads in an industry in which minority ownership has been scant.

“Here’s a Latino making something very American — not a typical Latino product,” Tapia said. “But, I think that’s the future of the country and its business.

“The second chapter of American’s bourbon history is being written — and there’s a Latino in it. Whether it’s a paragraph or a chapter, I’m just glad that it exists.”

Not unlike the sending of diplomats across borders, initiatives associated with the U.S. Small Business Administration deploy ambassadors to build strong bonds with regional business organizations such as the Statewide Hispanic Chamber of Commerce.

As an example, Smarth said her organization’s centers in Mercer County have created special training and webinar sessions made with a Spanish-speaking population in mind. Similar SBDC programs can be found nearly anywhere in the state that there’s a high Latino population.

“We want our programs to reflect the macro in terms of what’s going on in the business world,” Smarth said.

To join the Statewide Hispanic Chamber of Commerce: