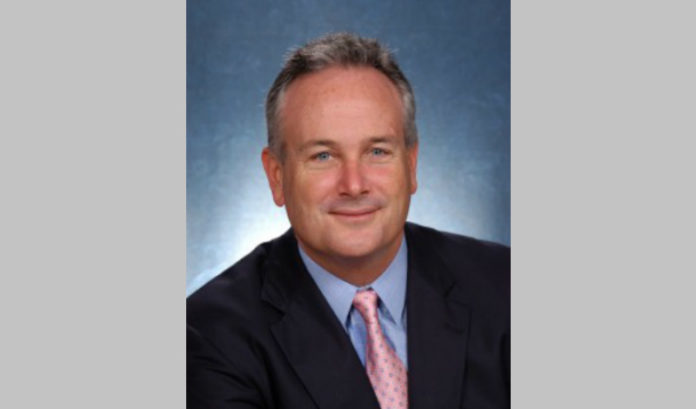 In the wake of President Donald Trump’s latest actions to weaken the Affordable Care Act, one former insurance executive’s insights shed light on the market’s viability.

The former regional CEO of UnitedHealthcare, Michael Turpin, said the health care law known as Obamacare isn’t perfect, but it isn’t failing, either.

“There’s no doubt that the current system in many ways is broken,” he said. “The ACA itself is really benefitting certain groups of individuals.”

“For those that predict gloom and doom for ACA insurers, it’s the opposite; their stocks are shooting through the roof,” Turpin said. “Quite frankly, there is concern that these markets are going to go down in flames, but I believe there is at least one insurer in each market actively participating because they can’t get out of it — mostly nonprofit blues, so in New Jersey that’s likely Horizon Blue Cross Blue Shield — because it already has a lot of the individual market share and can’t afford to leave, because its primary model is to do domestic business in state.”

This may change in the future, after Trump’s newest memo outlining a push for selling across state lines to increase market competition.

Turpin, however, said the real losers in the ACA are small employers and individuals who participate in the consumer market — a small portion of the market compared to the self-funded insurance plans that most employers choose.

“A majority of not-for-profit Blues are sitting on 600 to 700 percent reserves — from annual premiums — well in excess of the 200 percent needed to statutorily be solvent,” Turpin said.

Regulators raised the percent required over the years, he said, in order to be conservative.

But some not-for-profit insurers have boosted their reserves to more than three times the requirement.

In the past, when the reserves caught the attention of state regulators, the excess would be released in the form of lower premiums to small employers and individuals.

“So, as a for-profit insurer, I would always get nervous when I saw the reserves start to get too big at my nonprofit competitors, because once they start dropping rates to release reserves back to the marketplace, I would have two choices: I could lose membership or I could match their rates,” Turpin said. “If I matched their rates, my margins would go down and my income for that year would be impacted.”

But, since the ACA, the money that would normally be channeled to reimbursements is now covering the losses on the exchanges.

In turn, for-profit insurers have benefited because, rather than reducing rates, the nonprofits are hoarding money and for-profits are able to maintain their pricing, Turpin said.

Regarding “repeal and replace” of the ACA, Turpin said a single payer system is more likely.

“Affordability and access and coverage are bedfellows,” he said. “The day of reckoning is coming because we are now effectively spending, between Medicare and Medicaid — someone joked, the U.S. is officially an insurance company with an army. Effectively, that’s our budget.”

Between the government-run veteran’s hospitals, Medicare spending and Medicaid expansion — and the portion of Medicare and Medicaid that makes up the majority of income for health providers — the idea of single payer isn’t so foreign.

“There is no way any group or individual can effectively take $3 trillion of spend, or 18 percent of the economy, and turn it on its head overnight,” Turpin said of repeal and replace.

But because consumers know so little about the cost of health care, being on what Turpin called “copay island,” the system is unsustainable.

“They are not accountable for the cost of anything. Imagine being in a supermarket and paying $50 for everything. You can’t call it a consumer system when the consumer is indifferent to the cost,” he said. “I’m interested in models that focus on transparency and eliminate layers that are not adding value.”

If for no other reason than to end the “knife fight” between insurers and providers, each of which is focused on consolidation to leverage better against the other.

But a day of reckoning is also coming for those involved as middlemen in the health care system, he said.

“Anyone in the middle — whether its insurers or PBMs (pharmacy benefits managers) — continues to be under pressure to rationalize and justify their roles,” he said. “(They have) not been successful at moderating the cost of health care, and, in fact, are disproportionately benefiting, vis-a-vis employers (who) are purchasing and bearing the cost.”

Which is why a new course for health care is on its way, Turpin said.