Home Lifestyle GRAMMY Museum will honor the past, but aims to build the future
Facebook
Twitter
Linkedin 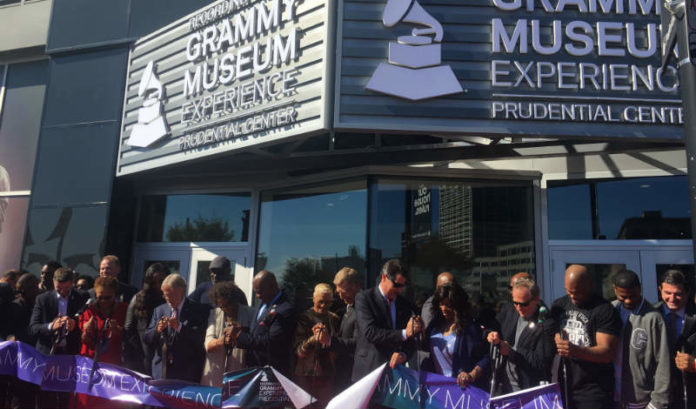 David Blitzer said he hopes the opening of the interactive GRAMMY Museum Experience Prudential Center in Newark will inspire a whole generation of children about music.

“Part of the overall equation is to have something substantive from a programming perspective that we can deliver to the kids,” Blitzer said.

“Once you get the kids into the interactive exhibits, you can’t pull them away. There are all these different instruments you can play on; you can mix and remix famous songs.

But the co-founder of Harris Blitzer Sports and Entertainment and co-owner of the Prudential Center and the New Jersey Devils (among a host of other entities) admitted at Thursday’s ribbon-cutting that there is plenty for adults, too.

“By the way, it’s not just kids that will be enjoying this,” he said, adding his own thrill about being able to take a drum lesson from E-Street Band drummer Max Weinberg.

The museum will benefit more than just the visitors.

Josh Harris said having the East Coast version of the GRAMMY Museum in Newark is another milestone moment in the city’s ongoing revitalization process, one that continues to help businesses of all sizes.

“Increasingly, people are building real estate — not commercial space where people work, but also residential — and you can see lots of development going on around the city,” Harris said. “Obviously, if you’re one of the restaurants or businesses around, you’re going to benefit from the traffic that’s generated by something like this.”

Blitzer said the center hopes the museum will create a steady stream of visitors to the neighborhood, helping to drive the growing economy.

“To be able to have something like this open to the public on a year-round basis is fantastic,” he said. “The reality is, it’s continuing to build up around here and even, more broadly, around Newark.”

Blitzer said the Prudential Center also plans to fill another need for the growing city: providing musical education programs for the local schools that have experienced a severe cut in arts funding.

”We’d rather let the public funding continue to do what they do well, and we can fill into create programming experiences for the kids,” he said.

The 8,200-square-foot facility will offer students and fans the ability to engage with current music, as well as the art’s rich history, through educational programming, live events and interactive exhibits.

Blitzer, a self-professed fan of Jersey’s own Bruce Springsteen, said the GRAMMY Museum Experience also will focus on the music of the Garden State.

“There are some highlighted artists from Newark and New Jersey,” he said. “But it’s also a terrific combination of being local and also national.”

Yankees moving Class AA affiliate to Bridgewater, to compete as the...

Exclusive Caesars Club to open at Pru Center as part of...