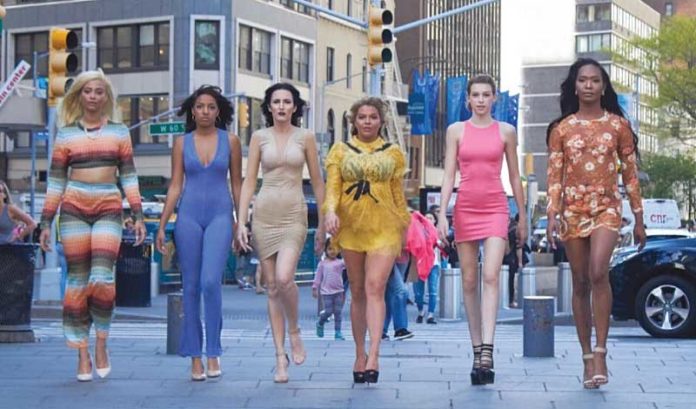 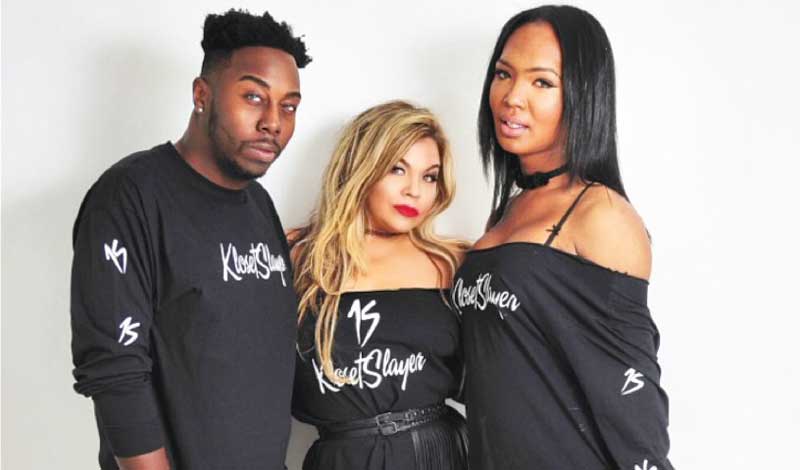 Marcia Arnspargar always loved to dress up her friends’ wardrobes.

“Everybody used to say, when I’d come out, ‘You slayed that outfit,’ ” the Atlantic City native said.

She would then help design things to make their closets better. But doing it on the side made things difficult — and expensive.

Two years ago, she decided to get a trademark and take a chance on business — KlosetSlayer was born. The new business has had a quick ascent, landing her in New York during Fashion Week this year.

“Most of the time, it takes seven to 10 years for a designer to make it there,” she said.

Her assistant, Keith Deshawn Garland, wasn’t surprised. The Atlantic City man and aspiring designer has watched what went into KlosetSlayer.

“I’ve worked with this lady every day,” he said. “I’m talking going with no sleep the night before a fashion show. Just watching the thought process become a physical reality. It’s amazing to be part of this.”

The line was selling straight off the runway, Arnspargar said.

Getting to New York was a story in itself.

There were more than 400 designers from all over the world looking for a spot there. Arnspargar was No. 306 in the line, knowing only about 50 would move on.

“It’s the worst waiting process ever,” she said.

But right before Christmas, she got the news.

“I was beyond crazy that day,” she recalled.

During Fashion Week, she debuted her men’s line, increasing the diversity she takes pride in.

“She includes everybody,” said brand ambassador Seng Bethea, a statuesque transgender woman. “She’s such an inspiration.”

Arnspargar said she took some heat at first for having Bethea involved, even though people had to be told the striking model wasn’t born a woman.

But that doesn’t matter to Arnspargar. Bethea is always with her. One of KlosetSlayer’s designs is even called Seng.

“She’s been very supportive and travels with me everywhere I go,” Arnspargar said. “She always closes the show with me. She’s always the finale girl. Always.”

Arnspargar is proud of her inclusive designs, and makes sure all sizes are represented.

“I always ask for plus-size models,” Arnspargar said. “I always hate when it’s like everything is Size 0. That’s not real.”

Although the 39-year-old Arnspargar waited to finally make fashion her career, she has always left her mark on clothing.

“I used to take hours in my room getting my clothes ready for school the next day,” she said. “And I wore a uniform.”

Hemming it up, adding colors or lacy, Madonna-inspire underskirts, Arnspargar would get notes sent home from school all the time for the alterations.

“My thing is, I want to get local designers — even like teenagers — on a show,” she said. “You’d be surprised at some of the talent around this area.”

A better way: Magarro is winning after starting his own marketing...