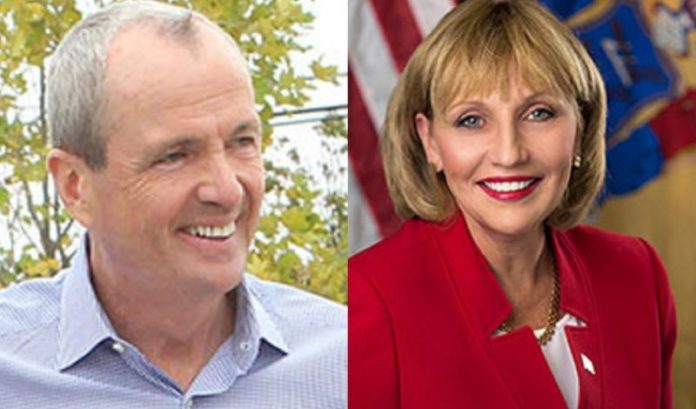 After three debates to help determine the next governor — two involving the top of the ticket and one the lieutenant governor selections — the winner was obvious:

For all of those who have complained that candidates are all spin and no substance, the debates showed the value consultants bring to a race: They keep candidates on message — and they make sure that message is clear to the voters.

Neither Kim Guadagno or Phil Murphy has done that well.

That was the message veteran political operatives have told ROI-NJ in the past two weeks.

The takedown of Guadagno’s campaign has been harshest.

“It sounds simple, but she needs to say why she wants to be governor; she hasn’t done that,” one veteran said.

The source, like others quoted in this story, requested anonymity because they don’t want to be critical of the political parties that employ them.

“She is keeping her distance from Christie and Trump and the party, but she’s not embracing independents, either,” the source said. “A good candidate is able to do both; she’s doing neither.”

Another source said they were stunned that Guadagno has not been able to handle attacks connecting her to Christie.

“Did they not think that question was going to come up?” they said. “They have no answer. And here’s the problem: She has a good one.

“I would tell her to say, ‘The economy and jobs were the most important part of this administration and that’s why he put me in charge of creating business. That’s what I can talk about. My sole focus was bringing jobs back to the state.’ ”

Here’s the catch, the source said.

Instead, Guadagno has pivoted to other topics, such as immigration and a Willie Horton-type attack on Murphy regarding the gruesome Newark schoolyard executions.

Many felt the attack is a reach. One operative says it means something else.

“She doesn’t have any money,” they said.

“You need money to run an effective campaign and, when you don’t have it, you need to do something that will get attention. Those accusations have done that.”

“I’m not sure why he brought up a sanctuary state; who advised him to do that?” the source said.

The other issue is Murphy’s lack of specifics on funding and a failure to turn to governing.

“I think he’s just checking off the list of progressive ideals to play to his base,” the person said. “The problem is, campaigning and governing are two different things. At this point, with a double-digit lead, he should be preparing for the governing part, so, if he gets into office, he won’t have too many promises he can’t keep.”

Many complained Murphy is simply trying to run out the clock. A plan, often pointed out, that is straight out of the Hillary Clinton failed playbook.

“His camp can say, ‘It doesn’t matter what type of campaign we ran, we won,’ and that would be true,” the source said. “But he’s not inspiring his base while he’s winning. That’s what a good message does.”

One insider said Murphy actually is doing the opposite, letting down his base.

“I was hoping for Mike Bloomberg,” they said. “Instead, it looks like we’re getting Jon Corzine.”

Why 2 top Hispanic groups in N.J. are distancing themselves from...