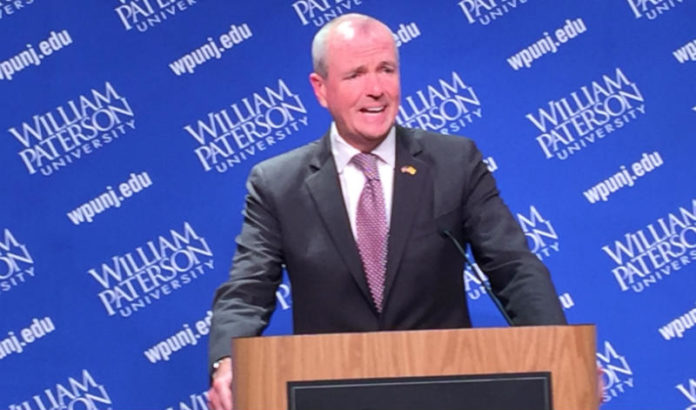 We pulled out their answers on five key business issues. Responses are in order of how they were given during the debate.

Phil Murphy: Atlantic City has gone through hell and back. The good news is that it’s off the mat. But the price it paid is enormous. Enormous job loss.

It’s a great community. It needs help. I’m not a fan of these takeovers. Every single time, it is over the top; every single time, it’s in communities of color — whether it’s school districts or entire communities. I am a believer that communities like Atlantic City need a governor who is a partner working on the ground, hand in glove, to continue to develop the momentum that has started.

Kim Guadagno: I find that incredible, based on your position when it comes to tax credits. The only thing that keeps Atlantic City alive now and attracts businesses to Atlantic City are those tax credits that have allowed and attracted places like the Hard Rock Café. That’s why Atlantic City is on its way back. Plus, some very hard decisions had to be made.

PM: I would undo that state takeover, but I would say that we would be there on the ground, working with the local elected officials to keep the progress that we’ve seen in Atlantic City and hopefully a whole lot more.

PM: North Jersey gaming I’ve supported strongly, and here’s my rationale. No. 1, it’s a huge job creator and we’re desperate for jobs. No. 2, if it’s not in North Jersey, before we know it, it’s going to be on the West Side of Manhattan. The projects that were voted down last year had elements where they would send a significant amount of income to Atlantic City. That’s a big basis upon which I was supportive of it. My fear is, if there’s a casino on the West Side of Manhattan, they won’t send one red cent to Atlantic City.

PM: The pension plans have been underfunded during the Christie-Guadagno administration by $23 billion. That’s not the only reason we’ve been downgraded 11 straight times. The state must own up to its obligations. It must get, as fast as possible, to fully funding its pension obligations.

We’ve got to get back to fully funding the pension plan. Only then can you start talking about what else you’re going to do.

KG: I would take the law enforcement pensions and spin them off, because they are almost fully funded as it is. If they want to manage their pensions, they should manage their pensions, but do it in a way that doesn’t put taxpayers at risk. Then, we have to sit down and admit what we can’t deny: that the pension for the teachers and the public-sector employees is broke. I would sit down, look at the Tom Byrne-Healey Pension Commission report, and start negotiating there fairly, respectfully and openly.

Community colleges and a public bank

PM: We stand for free community college. At most, it’s a $200 million ticket on a $35 billion budget. There’s a study that came out this summer (the McKinsey & Co. report) that makes the compelling point that (we need more) middle-skilled (workers). Secondly, we love the idea of a public bank that we all as citizens own. And one of the lines of business is reasonable student loans. And, thirdly, how about something like, stay in New Jersey for college, stay here five years after to work, and then we’ll forgive years six, seven, eight, nine, 10 off your student loans.

KG: There will be tax credits afforded to Amazon as part of the deal, and that the benefit to the taxpayers of New Jersey — that means the net benefit to the taxpayers of New Jersey — will be $9 billion over time. I have signed a letter that says I will agree to that. My concern is that we don’t have enough people playing there. I love Newark, we worked very hard to rebuild Newark, but the problem is, we need a bigger menu. We need to put (New) Brunswick, we need to put Camden, we need to put Atlantic City as competitors. I don’t think we should reject any of those.

PM: I hope Amazon comes to New Jersey, that will be a game-changer, but they have to come on terms that not just work for them, they’ve got to work for us. I look at what they’re looking at, we line up often well. … I’d like to go to Amazon with a competitive tax deal, because it’s going to take that, but also say, ‘Listen, we’re going to (put) $5 million into Newark Liberty (airport), we’re going to build out the Hudson-Bergen light rail, we’re actually going to build the Hudson-Bergen light rail. We’re going to actually build the Gateway Tunnel under the Hudson, we’re going to fully fund education, we’re going to put money back into higher education.’ All of those things will be good for Amazon and their employees, but the more important news is, they’ll be good for all of us. I hope we get Amazon, but I want to get them on the right terms.