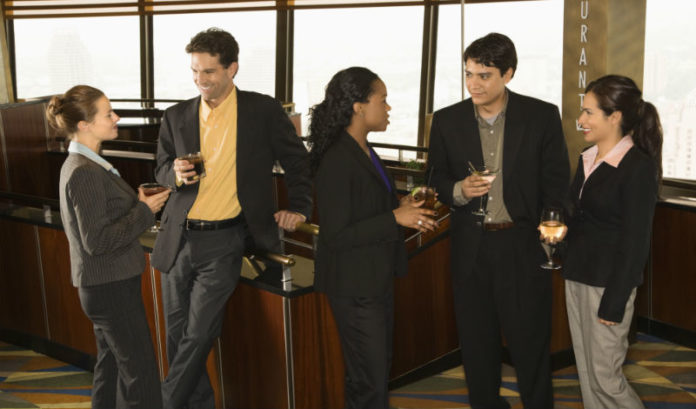 SoPro, short for social professionals, provides opportunities for young professionals to connect and advance their careers in the greater Atlantic City area.

Founding members Sheila Hughes, Michael Gibson and Michael Salad got the idea in August 2012 to return networking to in-person, rather than through a smart phone or computer screen.

“On that night, we knew we had something special,” Gibson said. “It was like we had captured lightning in a bottle.”

“When you have history with people, you are more likely to want to do business with them and you’ll want them to succeed,” she said. “SoPro AC gives the younger professionals of the greater Atlantic City region a chance to write our own history and a chance to steer our own future.”

The three have illustrated that. While they were all attorneys at Atlantic City’s Cooper Levenson law firm at the time, they have since gone different ways.

Hughes is staff counsel for the Military Assistance Project, Gibson is a partner and a certified civil trial attorney at Egg Harbor Township’s D’Arcy Johnson Day and Salad remained at Cooper Levenson and is now a partner. But they keep in touch and attend as many SoPro events as their schedules allow.

“Networking is about establishing relationships with people from a broad array of professions and cultivating those relationships over many years and connecting people with one another,” said Salad, who splits his time between Florida and South Jersey.

Anyone can become a SoPro member, and events are free, although registration is required.

The next event will be from 6 to 9 p.m. Wednesday at Phillips at the Playground in Atlantic City.

Murphy: Everything on table when it comes to reimagined relationship between...