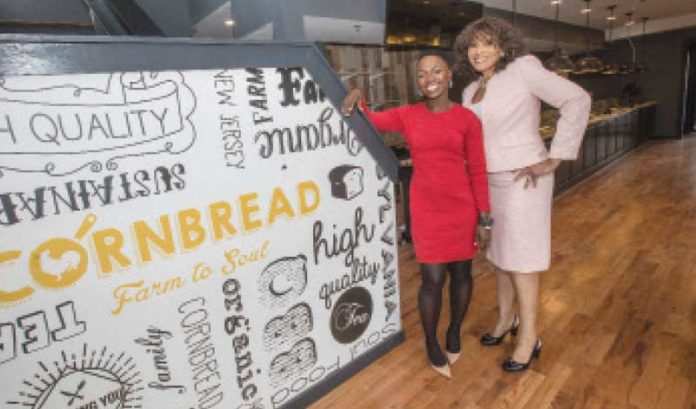 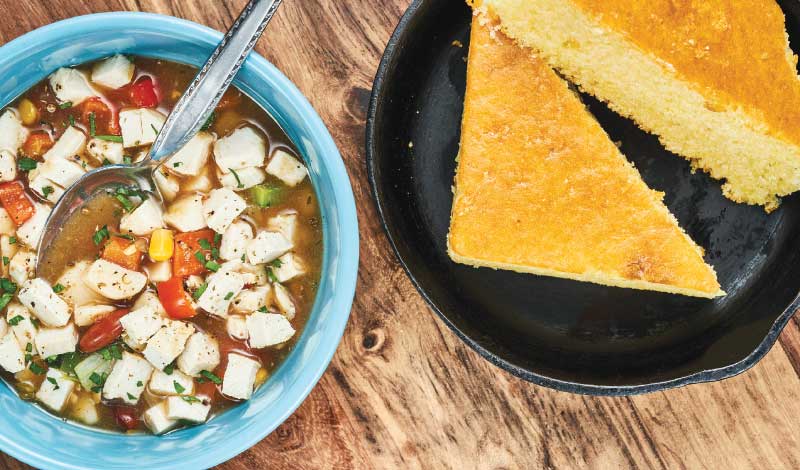 These are the trademarks of any project involving Adenah Bayoh, and it is certainly no different when the concept is her own.

The founder and CEO of Adenah Bayoh and Cos. — the parent corporation of IHOP franchises in Paterson, Irvington and Newark, and a real estate development portfolio with hundreds of millions of dollars in urban redevelopment projects — will introduce Cornbread, a fast-casual, farm-to-table soul food restaurant, to the community of Maplewood on Oct. 9.

Its official grand opening is scheduled for Nov. 6.

“I’m always looking at how I can disrupt the market,” Bayoh said. “I also wanted to create a place where people could go and eat really good food while knowing that all of the ingredients and the people preparing them are local.”

After working in the restaurant industry for more than a decade, Bayoh said she designed the concept to fill a current vacuum within the Southern cuisine space.

“This has been a labor of love and respect,” Bayoh said. “My intention was to create a place that would remind me of my roots.”

Having immigrated to the United States after escaping civil war in Liberia at the age of 13, Bayoh said, she remembered what it meant to grow everything oneself.

“I was eating organic food since before it was even cool,” she said. “I grew up on a farm in Africa understanding just what it meant to grow our own potatoes, bake our own bread and catch our own fish.

“I wanted to capture that benefit of tasting food from the earth less than 24 hours after it has been harvested.”

To create the concept, Bayoh partnered with Elzadie “Zadie” Smith, founder, owner and executive director of Zadie’s Nurturing Den in Summit and Zadie’s of the Oranges in East Orange — both state-of-the-art early childhood centers and care facilities.

“Miss Zadie, with her amazing spirit, has been a friend and mentor since I had my son six years ago,” Bayoh said. “And I always want to align myself with people I aspire to be like.”

Raised in Tifton, Georgia, Smith, her husband and her three children resided in Decatur, Georgia, until her husband’s job transferred them to Summit. She brought with her a love and a talent for classic Southern soul food cooking, reminiscent of that served in the 1950s and 1960s, which inspired Cornbread’s recipes.

“It was then important not only to open Cornbread in a diverse area where it would be well-received by a local audience, but, also, that it was somewhere where it would get the attention it needed and deserved from me,” Bayoh said.

When a large house in Maplewood — right down the street from the Irvington IHOP on Springfield Avenue — went up for sale, Bayoh claimed and renovated it for her passion project.

The only thing missing, then, was a chef.

“We conducted an international search for our chef and managing partner, flying in five chefs from around the world to cook for us and a team of taste testers,” Bayoh said. “Cassandra flat-out won.”

Executive Chef Cassandra Loftlin studied at Le Cordon Bleu College of Culinary Arts while working in the banquet kitchen at the W Atlanta, before embarking upon an eclectic culinary career, including positions such as sous chef at the Farmhouse at Serenbe, one of Atlanta’s original farm-to-table restaurants; a private chef for celebrities in news and radio; and executive chef of a small franchise of high-end day care centers.

She since has moved to West Orange to cook $10 to $15 dishes such as fried and baked chicken, catfish, mac and cheese, collard greens and candied yams at Cornbread, fusing early American soul food cuisine with West African and Caribbean flavor influences.

“But we’re not called Cornbread for nothing,” Bayoh said. “We are going to be serving the most amazing cornbread in the state of New Jersey, and I stand by that statement.”

Loftlin also will assist in the sourcing of all ingredients — including meat, fish and produce — from local and sustainable farms and purveyors, such as New Ark Farms, a farm and cidery in Asbury highly invested in regenerative agriculture, and Zone 7 in Ringoes, which delivers daily fresh food from more than 120 regional farms.

“I wanted to bring the integrity of the ingredients closer to their origins,” Bayoh said. “And when we talk about sustainability, it is not simply about preparing the food, but also sustaining the local community.

“We try to not only sustain the environment, but also the people who inhabit it.”

Programs, such as New Ark Farms’ workforce development initiative designed to employ ex-convicts from Newark, are equally as important in Bayoh’s decision to partner, she said.

“I absolutely believe in empowering my people, by encouraging them to make mistakes, because that is how we learn,” she said. “I also don’t believe in freezing food. Cook food from its natural state as early as possible.”

All dishes at Cornbread will therefore be cooked and consumed within the same day, Bayoh said, with leftovers being made available to local soup kitchens.

It is this sense of hospitality and community that Bayoh hopes to encourage within the younger generation of chefs and entrepreneurs.

“I recently had the opportunity to speak at a culinary school, where I met a young, African-American chef who told me he was specializing in French cuisine,” Bayoh said. “I asked him what his favorite dish to make was and he told me mac and cheese and fried chicken.

“He didn’t think he would be hired unless he specialized in (European) cuisine. And I think that’s a shame. I want Cornbread to encourage up-and-coming chefs like him who love the culture and want to master the art of cooking Southern soul food.”

Cornbread in Maplewood, with indoor and outdoor seating for 100, will employ nearly 30 — many of which Bayoh hopes will move on to one day own Cornbread locations of their own.

“Let’s franchise — I’d say, here are the guidelines, here’s your own Cornbread, you set it up and you run it,” Bayoh said. “I want to be able to open a Cornbread in any community, both urban and suburban, in New Jersey and beyond, by creating and capturing the spirit of the concept we’ve perfected in Maplewood.”

While Bayoh said she already is in preliminary discussions to open additional locations, the essence of Cornbread always will remain simple.

“We want our patrons to feel good walking in and walking out, knowing that the food they’ve just put in their bodies has been well cared for and well thought out,” she said

Adenah Bayoh, founder and CEO of Adenah Bayoh and Cos., said the secret to her success is the support from her team and the communities in which she has lived and worked.

“I just so happen to be the face of my brand and what we do, but I have had some really amazing people on my side willing to step up and make it all happen,” she said. “If I am clear about the expectations, then I can step back and simply watch the execution of them.

“I am that coach on the sideline telling and showing people what to do and then watching them do it. And I can call a timeout, if and when I ever need to.”

The towns of Irvington, Paterson, Newark and Maplewood have particularly been instrumental to her career development, Bayoh said.

“I have been extremely blessed to have had such incredible support from the communities in which I have worked in,” she said. “There always has been this force of people, doing their jobs, pulling their muscle together, helping me to be successful in whatever venture it was I chose to pursue.

“That has been the story of my life. I’ve been really lucky to know and employ people who have genuinely been happy for my success and have helped me get to where I am today.”

Conversation Starter
To learn more about Adenah Bayoh and her businesses, visit www.adenahbayoh.com.

Health Care
Linda Lindner -
December 8, 2022
Franklin Lakes-based BD released its second annual Global Inclusion, Diversity and Equity Report for 2022 — "We Are the Makers of Possible." The report is...