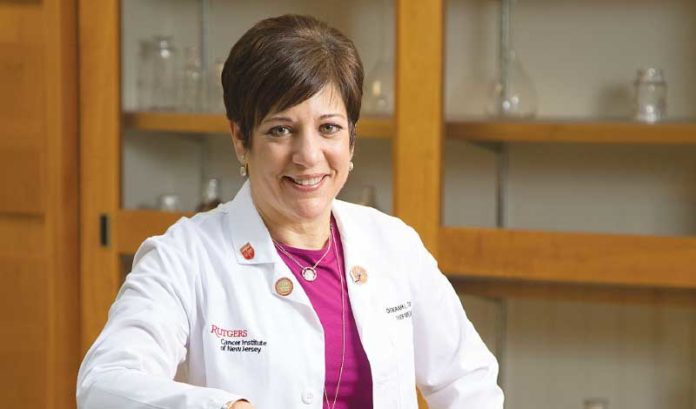 For Dr. Deborah Toppmeyer, chief medical officer of the Rutgers Cancer Institute of New Jersey, the biggest statistic involving breast cancer in the state may be the most troubling to acknowledge.

In the past few years, the state has seen a number of cancer brands, from MD Anderson and Memorial Sloan Kettering, to the academic research brands and, most recently, Jefferson Health’s Sidney Kimmel Cancer Center, come into the state.

Toppmeyer knows that, even though there is increased competition, sadly, there is enough business to go around.

“One of the risks of opening a new center is, you have to ask, is there a market for it?” she said.

In the state of New Jersey, Toppmeyer said, the answer is yes.

There is, however, some good news.

Insurers have been mandated to cover the patient costs from clinical trials, thanks to a 1990s law, Toppmeyer said.

Pharmaceutical companies have been able to provide a number of rebates.

And more partnerships (such as the one the Rutgers Cancer Institute of New Jersey has with RWJBarnabas Health) have led to more access to care.

In other words, all of the efforts to fight breast cancer in recent decades are having impact, Toppmeyer said.

“There has been so much dedication that has been put into (the research), which is why it is so important — and so costly,” Toppmeyer said.

Toppmeyer said that, because of the types of treatments that are available today, including genetically-targeted ones, it is much easier to see women survive from the disease if it is caught early enough.

That wasn’t always the case.

When the institute began operating in the early 1990s, the idea of clinical trials and cancer care was very different.

Now, Toppmeyer said, there is a plethora of information and resources for those diagnosed with the disease.

At the Rutgers Cancer Institute of New Jersey, the partnership with RWJBH is key. It has created a bench-to-bedside program that allows access to the latest clinical trials.

“It’s truly a relationship that benefits all sides,” Toppmeyer said.

It’s not so easy, though.

Toppmeyer said patients can be hesitant to take part in experimental trials.

“They say they don’t want to be guinea pigs,” she said.

Toppmeyer said patients should focus on the fact they have access to these experimental treatments.

While the growth of providers has led to more treatment options, Toppmeyer said it remains business as usual at The Rutgers Cancer Institute of New Jersey.

“We are just focusing on doing what we’ve always done, and have to figure out how to compete, of course, and survive financially,” she said.