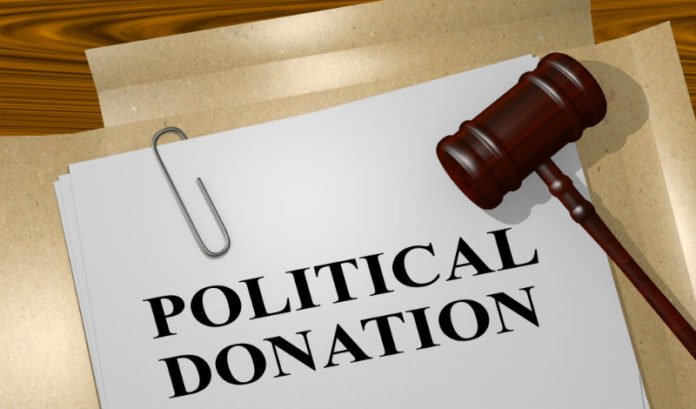 How much do you know about the political contributions made by the companies you invest in?

Yeah … thought so … next to nothing, right?

Well, the good news is that more and more companies are voluntarily disclosing such information — and three New Jersey companies scored at the top of the Center for Political Accountability’s latest ranking. Franklin Lakes-based Becton Dickinson earned the No. 1 spot. Summit-based Celgene Corp. and Kenilworth-based Merck & Co. were the other New Jersey companies in the CPA’s highest tier.

The CPA-Zicklin Index of Corporate Political Disclosure and Accountability, produced by the center and the University of Pennsylvania Wharton School’s Zicklin Center for Business Ethics Research, has been ranking companies in the Standard & Poor’s 500 for seven years. This year, 50 companies, including those three N.J. corporations, scored 90 percent or above and earned the CPA’s “trendsetter” designation. The number of such trendsetters has increased close to 80 percent since 2015, when only 28 companies qualified.

This year, BD was the first company ever to score 100; Celgene got a 91.4; Merck, 90. But the not-so-good news is that the average score of the 499 companies studied was 43.1 percent, a slight increase over previous years, but still a failing grade.

The companies are ranked based on their answers to 24 questions. The fact that some of these questions even have to be asked — and that the answer is “no” in so many cases — is an example of the magnitude of the problem.

For example: “Does the company make available a dedicated political disclosure web page found through search or accessible within three mouse-clicks from home page?”

Shockingly, neither Congress nor the Securities and Exchange Commission requires companies to tell investors about the money they donate to political candidates, parties and committees, to 527 groups, 501(c)(4) organizations and trade associations, or to support or oppose ballot initiatives. And many of these organizations are not required to disclose the names of their contributors, thanks to the Supreme Court’s 2010 Citizens United decision.

U.S. Sen. Robert Menendez — yes, that Sen. Menendez — actually sponsored legislation to prohibit companies from spending money for political purposes without shareholder approval. He also sought a disclosure rule from the SEC. But Congress is disinclined to act — a spending bill passed by the House in September would even prohibit the SEC from enacting such a rule.

Congress likes its “dark money” just fine, thank you very much. But even the Supreme Court in the Citizens United decision acknowledged that shareholders, in particular, should not be kept in the dark. “

Certainly, Becton Dickinson, Celgene, Merck and the other “trendsetters” deserve praise for their commitment to transparency. And thank goodness the CPA-Zicklin Index is around to goad corporations on this issue. But better yet would be a law or SEC rule that made the annual index unnecessary.