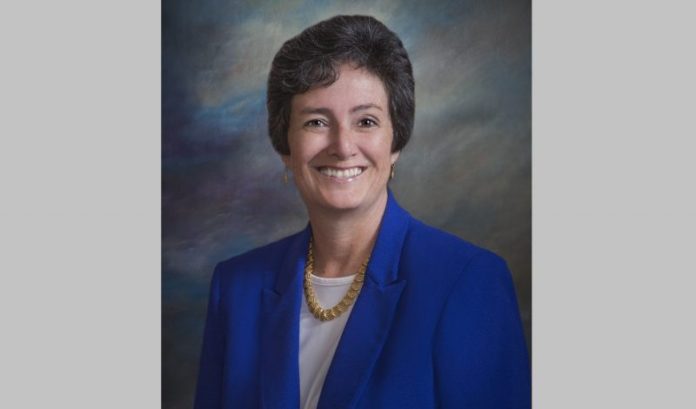 Her job is most often described as herding cats or tap dancing.

But after 10 years as CEO of the New Jersey Hospital Association, Betsy Ryan is leaving her post at the end of this month.

After a few months’ break, she will be teaching a master’s degree class in health care administration at Rutgers University on Saturdays beginning in January.

It will be the first new organization for Ryan in nearly two decades. She started as chief operating officer and general counsel of the NJHA in 2000 before taking over as CEO in 2008.

Ryan sat with ROI-NJ to reflect on her years at NJHA and how the health care landscape has dramatically changed in that time.

ROI-NJ: When you first started in this position, had it been as political and contentious as it is today?

Betsy Ryan: No. I feel like there were important issues that would come around maybe once or twice a year. I feel that this environment in the past couple of years has been weighty issues almost all the time. I don’t think I’ve been to Washington (D.C.) as much as I have since the president was elected, frankly. And I don’t think I’ve seen our delegation as much, in that period of time. They’ve been tremendously supportive and listened to our concerns.

ROI: Outside of the ACA, what are the major issues you’ve dealt with?

BR: Consolidation. We’ve seen systems form and come together in New Jersey, we’ve seen a bit of a regionalization of health care with New Jersey hospitals going into systems across the river. The other thing, a positive thing, is the industry has embraced focus on patient safety and quality improvement. They’ve made tremendous strides. It’s still a work in progress, but it’s amazing work.

ROI: Is consolidation in opposition to the focus providers have to keep health care local?

ROI: What does the future of health care look like to you?

BR: I think we are going to see more health care shifted to the community. More people are going to want care through their iPhone. I see our members embracing that and, hopefully, we will keep people well and healthy and out of the hospital, which is a sea change. It used to be ‘keep those beds full’; we don’t want to see that, and we want to move people through the hospital quickly. Get them out of the hospital and into their homes, where they can get good quality and less-expensive home care. So, I think we are going to see a shift away for inpatient to outpatient. And outpatient away from traditional outpatient and more in the community with more technology.

ROI: Two of the current issues in Trenton are the longstanding out-of-network reform and hospital property tax cases. Why do they remain unresolved?

BR: That’s the dichotomy of our health care system. No one would ever build it that way today, but that’s how it is. A majority of our hospitals are in-network, more than 95 percent, but, because we don’t employ all our physicians, we have physicians with privileges come in. So, that’s their individual decision. You might go to your hospital in-network, but your physician or anesthesiologist may not be. We are trying to come to a good-faith solution with Sen. (Joseph) Vitale, Assemblymen (Craig) Coughlin, (Gary) Schaer and (Troy) Singleton.

The future of the property tax issue begins in January with the new administration and new Legislature. I believe we will be successful in pushing new legislation. I believe it will look similarly to what Gov. (Chris) Christie pocket-vetoed. We have had close to 40 lawsuits against 58 not-for-profit hospitals in our state. That’s not a good use of resources. There is a legislative solution to be had.

ROI: What are some of the things you are proudest of in your time at NJHA?

BR: I would point to three things. First, we talked already about the leaps and bounds hospitals have made in safety and quality improvement. Over 10 years, (we have) started a quality and patient safety institute (and) have focused hospital attention and bringing them all together to learn in a collaborative setting. I’m not a clinician, I’m a lawyer by training, but it has helped bring down various rates of infections, sepsis, blood infections, bed sores, C-section rates. All of those are important. It was the members, they did the hard work.

The second, it’s a little arcane, but there was a national effort to change the way Medicare issued payments on the area wage index. It would have really harmed New Jersey. So, our CEOs, we got organized and pushed back against the change and, ultimately, we were successful. It didn’t make me popular with my colleagues, but it was important.

The third thing, years ago when I wasn’t (CEO), we worked with Assemblyman Lou Greenwald to get $300,000 added to charity care from the state; that was a huge success. Worked with, then, Mary Marchetta, now Mary O’Dowd, on that.

ROI: You’ve heard people describe your job as ‘herding cats.’ What have you learned and what would you pass on to your successor as advice to handle the different needs of members?

BR: Trying to keep everyone at the table to achieve meaningful consensus, that’s tough. I’ve been told I have one of the hardest jobs in the state. In my career, I’ve seen all kinds of divisions. There is north, south, there is teaching, non-teaching, there is urban, suburban, now there’s system, not system, there is Tier 1 and Tier 2. I’ve seen every kind of division. There will probably be a new one tomorrow.

Advice for my successor is listen hard, get to know your members, support your staff — I stand on their shoulders every day (and) they make me look so good. Cultivate good relationships with the congressional delegation and the Legislature and the rolling set of governors we have had, (you) always have to keep relationships fresh. Stay on the cutting edge of health care policy. The most important thing is to listen in order to forge that consensus that needs to be achieved. More and more, we need to keep the focus on patients in order to create health care policy.

ROI: How has the organization grown over the years?

BR: When I took over as CEO, we had a lot of members not in the membership. That was something I really focused on, bringing everyone back to the table. So, right now, every acute care hospital is a member in the state of New Jersey. Second, we have had an explosion of membership of post-acute care hospitals. I can’t take credit for that … but our membership has really blossomed.

ROI: How will the upcoming gubernatorial election affect the future of the industry, depending on which party wins?

BR: With a Democratic leader, we always worry about a plethora of labor issues. Nurse staffing ratios and other issues; that’s something we have already begun engaging in dialogue with the lieutenant governor (Kim Guadagno) and Ambassador (Phil) Murphy. We are singularly focused on patient care and not convinced a one-size-fits-all nurse staffing ratio is the solution.

ROI: Where to now?

BR: The only commitment I’ve made is to teach at the Bloustein School, one class, starting in January. Saturday morning, with people in the industry, and I’m really looking forward to it.

When I announced (I was leaving) NJHA a year ago, I told people I wanted to do two things, perhaps teaching and perhaps joining a board of a hospital or health system. I’m a Rutgers undergrad and I have a lot of respect for them. I did speak to Seton Hall, as well. Years ago, when I was much younger, I was in private practice and taught at the Burlington County Community College, and I taught intro to a paralegal. I loved it. I taught for three years. I’ve always wanted to get back to that.