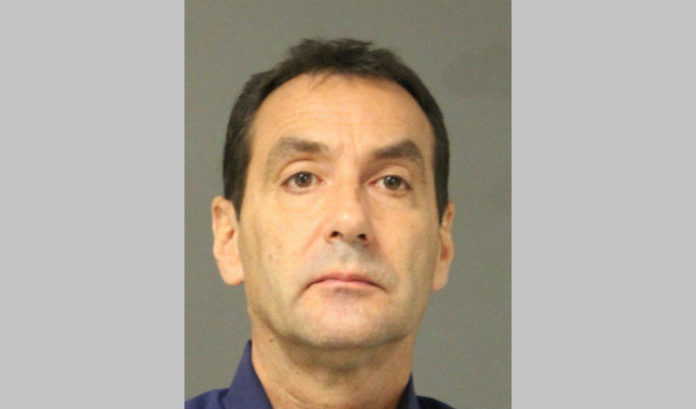 Gerald “Jay” Picerno, the chief strategy officer of RWJBarnabas Health, was arrested Friday in Newark, Delaware, and charged with lewdness and indecent exposure related to incidents on the University of Delaware campus in September.

Picerno, who has been recognized as a power health care player in recent years in the state for his work on the state’s largest hospital system merger, was arrested by Newark and university police. He surrendered to authorities after an investigation of several complaints Sept. 15 and 16 led to the Morristown resident, according to a Newark police report.

Picerno was charged with three counts of lewdness, five counts of indecent exposure, two counts of third degree trespass and one count of harassment, according to the report.

Picerno was arraigned through Justice of the Peace Court 2, where he was released on $5,500 unsecured bond, according to the report.

In a statement Monday, RWJBarnabas said: “Mr. Picerno is on leave. Any inquiries about non-RWJBarnabas Health matters should be directed to his personal attorney.”

Picerno has been removed from the RJWBarnabas Executive Team page.

According to the report, one Sept. 15 complaint came from a female student who said an unknown person moved a chair from the front porch to the side of the house, then knocked on a side door, where a lewd and harassing note was found on the chair.

Police used security camera footage as well as fingerprints lifted from the note on the chair to identify Picerno, according to the report.

A police spokesperson told ROI-NJ on Monday that authorities did not know why Picerno had been at the university that night, and that he had no affiliation with the university.

BioCentriq opens at NJII: ‘This is a complete game-changer for N.J.’