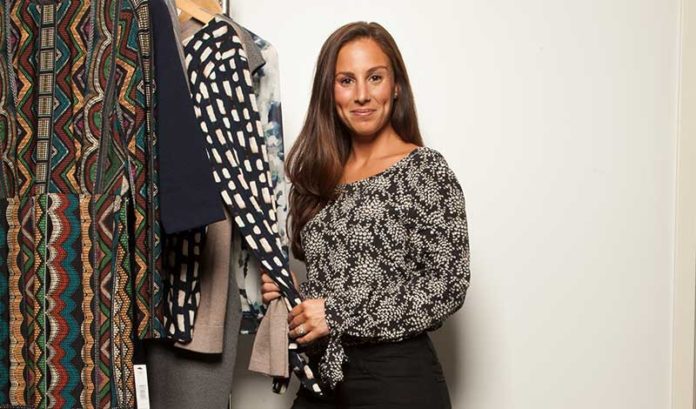 Gillian Brown said she remembered how difficult it was to find a youthful, yet professional outfit that matched her sense of style when starting her first job out of college.

“I couldn’t find fashionable work clothes that truly represented who I was that also could be worn at events, on dates and to happy hours,” she said. “I didn’t want to have an entirely separate wardrobe for the office, nor did I have the money for that.”

When Brown, 30, learned that her friends had felt the same way, she created SuitableYou in Hillsborough, a style subscription box for affordable age- and office-appropriate attire.

“We take the ‘work’ out of workwear by building our members a wardrobe that they can then take from the office to the weekend,” Brown, founder and head stylist, said. “And we primarily target the millennial women market to help those who are interviewing or transitioning into their first job feel confident in what they are wearing.”

Brown began her career working as a sales representative and account executive in the New York fashion industry, creating relationships with various designers and selling brands to stores for nearly five years.

At the same time, the subscription box industry had been growing rapidly by targeting nearly every industry, from beauty to food. Yet, despite clothing subscription boxes and personal styling services such as Stitch Fix and Trunk Club, there still was a void in professional attire.

“If someone did find affordable, age-appropriate and stylish work wear, there was a good chance that someone else in their office also had purchased the same outfit from the same department store,” she said. “There was an absolute need for this.”

Brown soft-launched her startup in October of last year with friends and family to test her concept and learn whether members would not only pay for and keep multiple articles of clothing but also continue to request a new box each month.

They did — and they influenced others. SuitableYou’s membership is now growing 35 percent each month, with the company expecting to reach 1,000 members by the end of the year.

Members first fill out a style survey, including sizing, body type, coloring, brand and style preferences, and spending habits. They then agree to pay a $20 monthly styling fee in addition to the price of the items they keep from the box, ranging from blazers and dresses to tops and slacks, as well as accessories such as jewelry, handbags and scarves.

“People want that one-on-one experience, where a stylist is not only dressing them but also is working within their budget and creating an understanding of and a relationship with them,” Brown said.

If members keep three or more items, their monthly styling fee is waived and they receive a 10 percent discount. If a member keeps all five items, that discount increases to 20 percent.

“I knew right off the bat some of the brands that I wanted to work with, especially brands that are not saturated in department stores,” Brown said. “I wanted brands that would feel more exclusive and unique to SuitableYou within the right price point — brands such as French Connection from Paris, or Apricot from London, that are just now making their way to the U.S. market and cannot be found everywhere.”

Members are entitled to free delivery and returns within four days of receiving their shipment.

“Time is key,” Brown said. “Our members needed a quicker and easier way to try on clothes. And, in this way, our members have said that they feel like they are giving gifts to themselves, which I love.”

The true differentiator between SuitableYou and other style subscription services, Brown said, is that her company specifically looks to build members’ wardrobes by ensuring at least two pieces from the prior month’s box will work with the upcoming box.

“Our stylist will let a member know how to wear a particular piece with some of other clothes that we have sent them, as well as with what they may already have in their closet,” Brown said. “By working within a cohesive wardrobe with interchangeable outfits, women simply can take off a jacket and add a blouse for dinner, for example, or splurge on that black blazer, but not on a trendier piece that won’t be in style in the next year or two.”

As Brown increases her partnerships and buying with brands, that will make it easier to negotiate pricing and potential private label opportunities, she said.

Of course, it takes money to make money.

“We are completely self-funded right now, so we currently in the process of pitching potential investors,” Brown said.

Women working at Johnson & Johnson and Morgan Stanley in New Jersey already can be found wearing SuitableYou selected garments, but Brown said it is her goal to create further partnerships with large companies, human resource departments, colleges and internship programs.

“The West Coast also has embraced us in the most amazing way,” Brown said. “For example, almost all of the women working at the Gary Sinise Foundation in Studio City have reached out to us.

“Once one employee tried SuitableYou, they all signed up. They’ve even written us to ask that the boxes be sent to their office so that they can have mini-unboxing parties and request pieces that their colleagues have received.”

It’s no wonder, then, that SuitableYou, which currently employs all-female engineering, marketing and operations teams and stylists, is outgrowing its current space in Hillsborough and is in the process of hiring more stylists.

“We are trying to figure out where we want our future, larger, and more stable location to be,” she said. “New Jersey is a very expensive state in which to own your own business, let along rent a big warehouse, so, in the next year or so, we’ll be looking at locations outside of the state, too.”

New Jersey still has one hard-to-find benefit above all other nearby states, Brown said.

“I don’t want to get too far away from New York City because it is the hub of fashion, one that I need to travel to quite often to network and find new brands,” she said.

Gillian Brown, founder and head stylist of SuitableYou in Hillsborough, said she created the business with the idea of empowering women through fashion.

“More women are graduating college today than ever before and entering the workforce,” she said.

“We hope to educate women on how they can wear office-appropriate pieces multiple times to interviews and new jobs,” Brown said.

Conversation Starter
Reach SuitableYou via Paris Tyler at: me@parisatyler.com or 646-461-4655.

Cannabis Need-to-Know: How should those who want to be involved in...