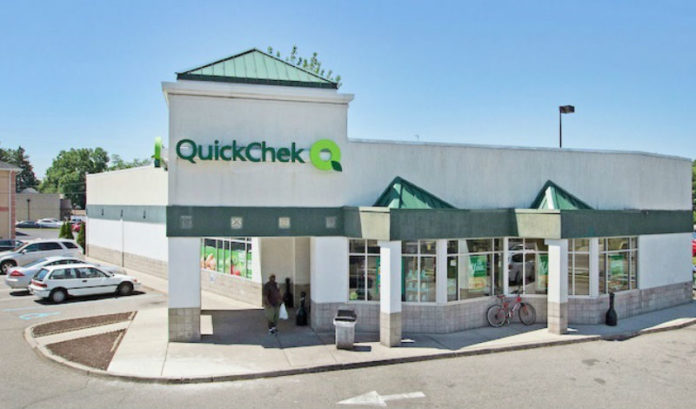 A QuickChek is coming to Emerson.

The convenience store chain will take over the 4,700-square-foot location at 354 Kinderkamack Road, The Hampshire Cos. announced.

QuickChek Corp. has more than 149 locations, and employs more than 4,000 people, with an annual revenue of more than $1 billion.

QuickChek puts its stores in high-traffic and high-visibility locations throughout New Jersey and New York.

The Emerson site is on an outparcel to a Super Stop & Shop- and Marshalls-anchored retail center.

QuickChek benefits from the upscale demographics of Bergen County, the most populous county in New Jersey, with a population of 939,151, and one of the wealthiest counties in the nation, with a median household income of approximately $85,000, the company noted in a release.

“QuickChek has built a reputation in the New Jersey and New York markets for securing the best locations for their stores and operating them in a manner that makes them strong long-term income-generating investments,” said Igor Derbaremdiker, director of dispositions for The Hampshire Cos.  “This sale aligned with our investment strategy for the property as we recognized the high demand for well-located, stabilized convenience store retail assets in New Jersey would enable us to offer a high rate of return to our investors.”

CBRE Executive Vice President Chris Bosworth represented The Hampshire Cos. in the transaction.