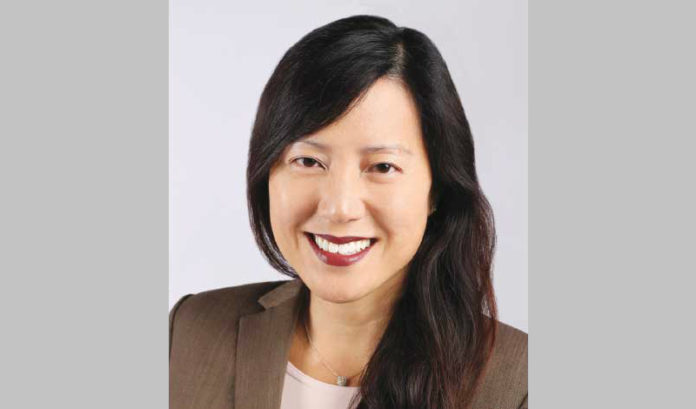 Dr. Catherine Kim’s care begins before treatment. As a radiation oncologist, she has to start with a thorough conversation with a patient that carefully addresses common misconceptions.

“Breast cancer patients come in with a lot of fears about radiation therapy,” she said. “The biggest risk is that they’ll forego a potentially life-saving curative treatment because of the fears they tell me about.

“And then there are others who don’t even come to me, because they’ve made up their mind to not meet with me to discuss treatment.”

The Penn Medicine Virtua medical professional, who practices at Virtua Voorhees Hospital, considers myth-busting a first-order priority for a radiation oncologist today. She practices what she preaches — and has put together a list of the myths most often encountered by radiation oncologists that she debunks.

The myths that circulate in the community run the gamut: Kim has firsthand experience with everything from simple anxiety about purported side effects to left-field concerns about being too radioactive after treatment to be around a pregnant relative.

She wouldn’t characterize any patient worry as anything but understandable given the circumstances. That said, with the question of treatment being potentially life-or-death, her priority is providing accurate information.

“It’s completely normal (for patients) to have these fears about radiation or anything else related to that, but we have to make sure the facts are out there,” Kim said. “Radiation is integral in cancer therapy for these patients and, for the most part, curative.”

Dr. Jae Lee, radiation oncologist at Princeton Radiation Oncology, a partner of the CentraState Healthcare System, said the flip side of patients being too fearful to go through with radiation therapy is them choosing a more radical surgery for treatment when it is not necessary.

“One of the trends I’ve seen is patients electing for mastectomies for cancers that could potentially be cured with radiation,” he said.

“There have been a few highly publicized cases of genetic factors that have driven patients to opt for that, but patients will want to make sure to talk with physicians to make sure it’s an appropriate option for them … because, for the vast majority with early stage cancer, it’s overkill in terms of treatment.”

Lee, like Kim, is eager to highlight the new techniques and technologies that have made radiation oncologists confident enough in the cure rates of their methods to start thinking about making the process more comfortable for the patient.

“The bottom line is there have been significant advances that focus on preserving high tumor control rates, but also maintaining quality of life,” Lee said.

Already, most women find radiation treatment easier than they anticipated, according to research presented at an American Society for Radiation Oncology annual meeting, a finding that was somewhat validating for Kim.

“That study echoed a lot of the sentiment among radiation oncologists,” Kim said. “If patients choose to go through with treatment, and most do, they often tell me it was much easier than they thought.”

In terms of where the myths that convince people otherwise come from, Kim anticipates them as arising when someone hears of a horror story. These horror stories are pervasive, and can come either from someone they know or someone they don’t — which, in that case, is often an anecdote found on the internet.

Kim also acknowledges the role of celebrities in driving the perception of what it’s like to have breast cancer, given the often very public diagnosis and treatment they can go through.

“I think it can drive a lot of patient decisions,” she said. “And with the media’s coverage of celebrities, they can effect change. The way they bring personal experiences to the forefront, it can make a large positive — or negative — effect in what people choose for breast cancer treatment.”

But, ultimately, one person’s experience is not always a good representation of what may happen to another patient, Kim said. That’s why the context and education health care professionals can provide is key.

“If a person is diagnosed with breast cancer, they really should meet with a radiation oncologist to discuss any fears they have,” she said. “Knowledge can be empowering.”

Myth 1: Radiation treatments are painful. “The delivery of radiation therapy cannot be felt during the actual treatment. It is painless, like getting an X-ray. What you may feel after a couple of weeks are the potential side effects, such as skin soreness and dryness only in the treatment area, such as the breast in breast cancer treatment.”

Myth 2: Radiation therapy causes terrible side effects. (‘I know someone who got very sick with nausea, vomiting, and hair loss.’) “Unlike chemotherapy, radiation to the breast does not cause head hair loss. It may cause some armpit hair loss if this area is in the treatment field. It also does not cause nausea or vomiting, because radiation is not delivered in an area where it can potentially cause such side effects, as with pancreatic or stomach cancer. RT generally causes side effects only in the treated area.”

Myth 3: Radiation therapy to the breast causes horrible burns. “I saw the pictures and read stories on the internet. Most skin reactions from breast radiotherapy include reddening, darkening, itchiness or dry peeling of the skin. Occasionally, there is a sunburn-type reaction. Topical creams and pain medications can be prescribed. The important thing to remember is that skin reactions are temporary and can heal quickly. Also, the frequency and severity of such skin reactions have significantly improved due to modern advances in radiation technique.”

Myth 4: Radiation therapy will cause me to be radioactive. “The majority of RT will not leave any radioactive substance in the body. Breast cancer patients receiving RT will not be radioactive during or after treatment. It is safe to be around loved ones, pregnant women and children. No radiation precautions need to be taken.”

Myth 5: Radiation therapy causes more cancer to develop. “There is a slight increased risk of developing a second cancer in the treated area from RT. However, the risk of a second cancer from radiation is about 1 in 1,000. What’s important to remember is that the risk of cancer recurrence in the absence of RT in the curative setting for breast cancer significantly outweighs the risk of a radiation-induced cancer.”

Myth 6: I think I am getting too much radiation. “The amount of radiation that is recommended is based on data and studies that have proven to be effective in treating breast cancer. This is considered the standard of care. Also, there are mechanisms in place to ensure an accurate dose is delivered and to the proper patient and treatment region. These are quality control measures that are inherent in the field of radiation oncology.”