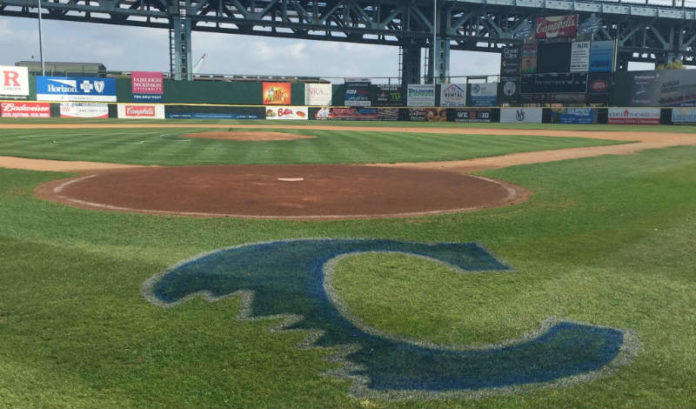 Camden’s unused waterfront baseball stadium could soon be razed for a future in scholastic athletics.

At least, according to a report on political powerbroker George Norcross in The Courier Post newspaper.

But officials aren’t commenting on the future of Campbell’s Field.

The Camden County Improvement Authority is still in “confidential and deliberative negotiations” concerning how the former home of the now-defunct Camden Riversharks baseball team will be used.

“Based on these negotiations, we cannot comment on the future of the facility in order to preserve our current negotiating position,” said county spokesman Dan Keashen.

Norcross told attendees at a business breakfast Tuesday that the 6,700-seat Campbell’s Field will soon be razed.

He said the state showed a “lack of wisdom” in building a stadium for an unaffiliated, independent league baseball team.

When the Riversharks folded, “$35 million disappeared,” he said.

Keashen said the stadium “is still in operation and being maintained by the authority as a baseball stadium and a host site for regional events.”

He noted that a $1 billion waterfront project adjacent to the site is in its second phase of construction, which “will add to the value of the property as it evolves over the next two years.”

“In addition, we believe the value, size of the property and its proximity to other downtown amenities was important for the authority to preserve and maintain, and not allow (it) to become shuttered by the note holder, Santander Bank, so we could ensure a community minded vision for the site and the downtown.”

Fired up: Speakers detail how corporate boards can boost their diversity...