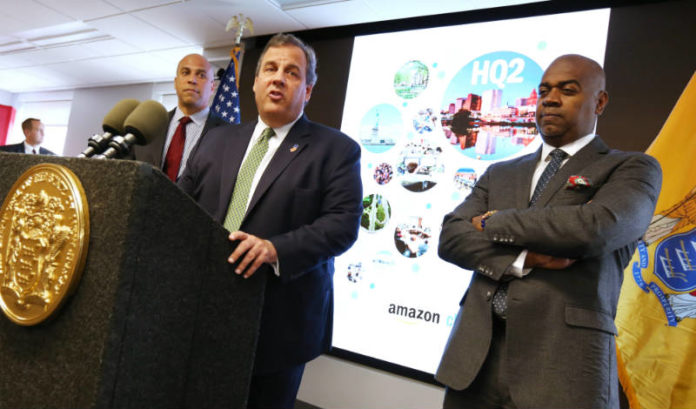 When Gov. Chris Christie announced recently that Newark’s bid to land Amazon’s second headquarters would be the only one in the state to get the administration’s approval, Don Katz was not in the audience as an official of Amazon.

He was there as the founder and CEO of Audible.com, a company he sold to Amazon years ago but still runs. And he was there as someone who figured out long ago that Newark had one of the main attributes to be a tech hub: educational opportunities.

“It’s great to see the city and the state jump into this so profoundly, because it’s what I’ve been saying for a long time,” Katz said. “We are clearly succeeding here for exactly the reasons the Newark politicians were pointing out. We get the best technologists in the world (because they) live in the New York-area ecosystem.”

Katz isn’t surprised by Newark’s turnaround. He said his unique perspective of being on the board of Uncommon Schools in Newark for more than two decades helped him years ago see what the city is now offering Amazon.

“You could see the education infrastructure, the first generation of college students, who are the tech innovators usually, they’re all here already,” he said.

Such a vision hit Christie shortly after he took office in 2010.

“Years ago, when we talked about the reforming of New Jersey and the merger of our higher education system, which has been tried twice previously in the past 40 years and failed, this is part of the vision for why we wanted to do something like that,” Christie said.

“We didn’t know this opportunity was coming, but now that’s it’s come, we don’t have to try to build that higher education foundation and expand it while we’re also applying for this; it’s done,” he said. “It now can form the foundation of our application to Amazon to be considered here.

“This is the vision that our administration had, and we worked together with so many people in the Legislature and the country to get it done. Now, (it is) going to form the foundation from an educational perspective of what Newark has to offer here, which is significantly different than what it had to offer years ago.”

Katz knows that firsthand. Since moving to the city in 2007, Audible has grown to more than 1,000 employees.

Whether or not Amazon ultimately comes to New Jersey, Katz feels other companies will see the benefits of Newark.

“There are just so many wins,” he said. “It’s been consistent that tech jobs and tech executive jobs beget quality of opportunity for up to 7 more people. There’s really good data to look at on this.”