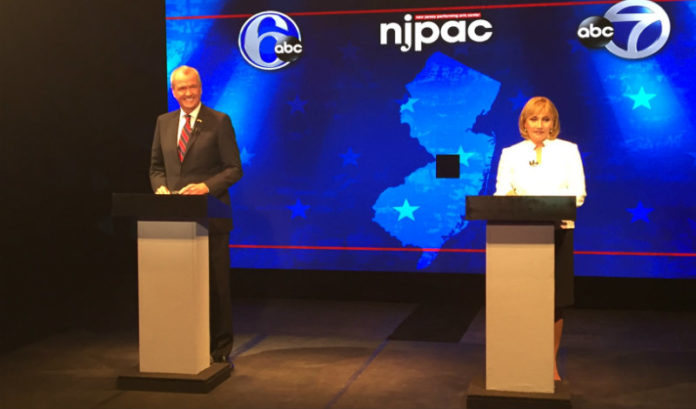 Democrat Phil Murphy maintains a two-digit lead in the governor’s race, boosted by big leads among women and non-white voters, according to a Quinnipiac University poll released the day before the election.

Women back the Democrat 60 percent to 36 percent in the latest poll, with men nearly split, favoring Guadagno 47 percent to 46 percent.

Quinnipiac surveyed 662 likely state voters from Oct. 30 to Nov. 5. There is a margin of error of 5.2 percentage points.

Both are heavily favored by their own parties, with Murphy having 95 percent of Democrats and Guadagno with 90 percent of the Republicans.

“In blue New Jersey, a Republican who can’t solidly carry independent voters is a candidate unlikely to win a statewide election,” said Peter A. Brown, assistant director of the Quinnipiac University Poll. “Lt Gov. Kim Guadagno is doing fine among Republicans, but is only breaking even among independents, and that doesn’t appear nearly enough to offset Phil Murphy’s overwhelming edge among Democrats.”

Everybody into the pool: Joint insurance funds help municipalities team up...