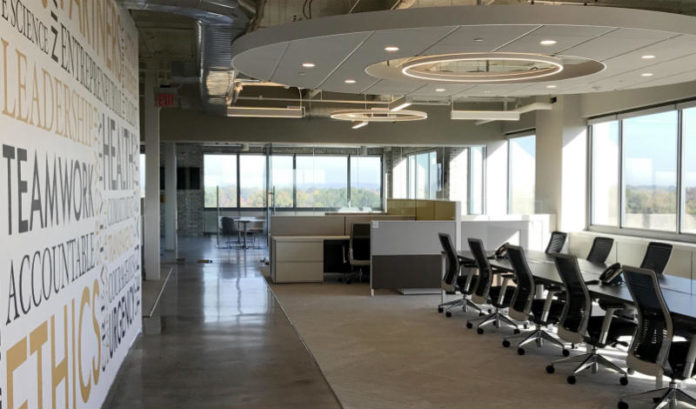 Rising Pharmaceuticals Inc., a generic pharma firm, has moved into a new headquarters in Saddle Brook after an ongoing period of growth, according to real estate services firm Cushman & Wakefield.

The company signed for 37,000 square feet at Park 80 West, a Class A property at 250 Pehle Ave., moving from Allendale after a period of growth. Its marketing and distribution departments have already made the move, according to the release.

C&W’s Ben Brenner represented the company in its site search and long-term lease, along with Todd Elfand.

“Rising Pharmaceuticals wanted to capitalize on its growth and lease expiration to leverage it as an opportunity to establish a modern, contemporary work environment for its employees,” Brenner said in a prepared statement. “After a multimarket site search, Park 80 West became the clear favorite. The ownership, CBRE, recently completed an $11 million capital improvement program of the asset, which included substantial amenity upgrades.”

“Rising Pharmaceuticals is a world-class organization, and we were honored to represent the firm in its renewed commitment to doing business in the state of New Jersey,” Brenner said.