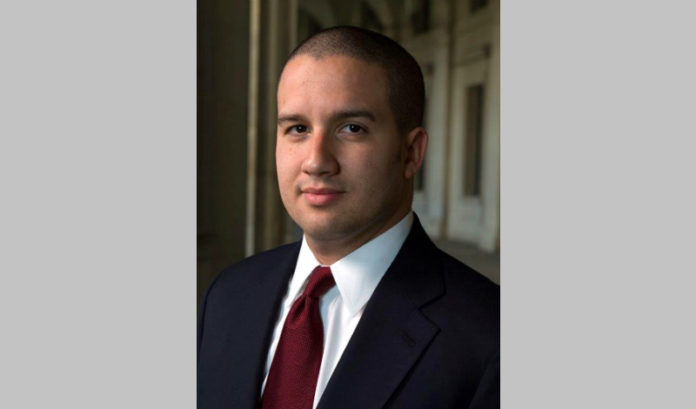 Jose Lozano, the chief of staff at Hackensack Meridian Health who has a long background in politics both at the state and national level, will lead the transition team for Gov.-elect Phil Murphy, it was announced Wednesday.

Lozano, 37, is known in the New Jersey business community for his efforts to help Hackensack University Health Network merge with Meridian Health in the summer of 2016.

The merger created the state’s second-largest health system and perhaps the most complicated, as it encompasses 11 hospitals in seven counties from the New York border to the Jersey Shore. In addition, the created system is run by co-CEOs.

Sources close to Murphy, who requested anonymity because they are not authorized to discuss appointments, said Lozano’s ability to not only handle the merger of a complex organization but to serve co-CEOs impressed the governor-elect.

“He wanted someone who had experience overseeing a complex organization with a complex leadership situation,” the person said. “Jose had all of that and more.”

The “more” is his extensive political and government experience.

Lozano was part of former Gov. Jon Corzine’s team, serving as a policy adviser before Corzine’s election in November 2005 and as his director of operations for three years (January 2006 to January 2009).

Lozano left the Corzine administration in 2009 to work in President Barack Obama’s administration. He served for nearly two years as the director for strategic and external affairs for the Office of Homeland Security before assuming the role of deputy chief of staff for the U.S. Environmental Protection Agency.

He left Washington to become the chief of staff at the then-Hackensack University Medical Center in June 2013.

At Hackensack, where he also serves as vice president for corporate services and governance, Lozano is responsible for the coordination of all activities (operations, budget and planning) of the executive office as well as overseeing all aspects of communication and public affairs.

In October, he was one of just 15 people nationally to earn Modern Healthcare’s Up and Comers award. Earlier this year, he was named one of 60 rising stars in the health care industry nationally by Becker’s Hospital Review. All honorees were under 40.

Lozano will be busy in his role as head of the transition team. In the coming days, he is expected to announce the scope of some of the roles Lt. Gov.-elect Sheila Oliver will play in the administration, as well as announce the chairs of approximately a dozen steering and policy committees.

VillageMD finalizes acquisition of Summit Health, CityMD; creates one of the...