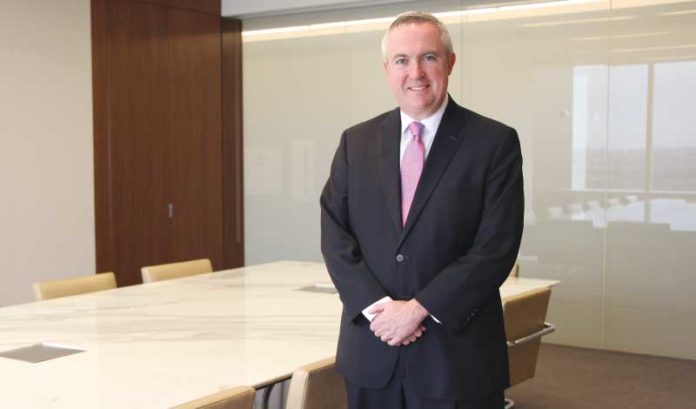 The bottom line (whatever that translates to in Latin) is that New Jersey’s law firms that assist in amicus curiae — or, in English, friend of the court — take that work very seriously.

As an explainer: When there’s a major legal case that bubbles its way up to the Supreme Court of New Jersey, advocacy groups often ask to become involved as amicus curiae to provide their perspective on the potential implications of a judicial decision.

Those in this role look to law firms for counsel. And those involved in this work perhaps have the best idea of how to get the shoe to drop on issues that hold the utmost significance for New Jersey businesses that have to reckon with the state and federal laws.

Among the many legal sector rank-and-file with experience in this area are attorneys at McCarter & English LLP and Lowenstein Sandler LLP.

Edward Fanning Jr., immediate past chair of a group focused on product liability, mass torts and consumer class actions at McCarter & English in Newark, explained that the idea is for amicus support to articulate the position of an organization that is not involved in the case.

“Because a decision may have an impact outside of that individual case that these groups are either arguing for or against,” Fanning said. “We do that for the business community, for important industry sectors here in New Jersey.”

It takes a case that raises an issue of substantial public importance to compel business groups to seek amicus status, he added. A recent example of his firm’s amicus representation was in support of multinational Hoffmann-La Roche, a defendant in a case that reached the Supreme Court of New Jersey.

In one of two amicus briefs his firm filed in ongoing appeals in that litigation (which involves a lawsuit based on allegations of injuries caused by the drug Accutane), involved whether there should be a review of the state’s standard for expert witnesses — apparently more lax than other states.

At the cross-section of public policy and the legal sector, amicus briefings are a battleground in which competing views of the world outside of a case can come to bear on informing judicial decisions. And the plaintiff and defense perspectives certainly do clash.

“Some plaintiffs and their attorneys, though not all, look for various ways to use our courts as profit centers far more than as mechanisms to protect truly injured consumers or society as a whole,” Fanning said.

Specifically, Fanning likes to point to lawsuits that allege violations of the New Jersey Truth-in-Consumer Contract, Warranty and Notice Act, and the way its recent rediscovery has led to costly class action litigation for businesses.

“Some enterprising plaintiffs lawyers scour the internet looking for what may be technical violations of obscure consumer statutes, like TCCWNA, in the fine print of companies’ seldom-read website terms of use,” he said. “Then they find a plaintiff who supposedly was exposed to — but not harmed by — those terms of use and, despite the lack of any injury or loss whatsoever, bring a putative class action lawsuit.”

That’s the kind of litigation abuse that the state’s trade and industry groups, in conjunction with outside amicus counsel, have sought to prevent, Fanning said.

In many situations, the plaintiff side participates as amicus curiae, too, giving voice to counterbalancing consumer-centered groups such as the New Jersey Association for Justice. That organization did not respond to ROI-NJ requests for an interview.

But, in general terms, the argument from its corner of the ring in disputes involving TCCWNA is that between the business-consumer dichotomy is a large disparity in bargaining power, with consumers — without the legal representation that companies have — often being misled about what their rights are when agreeing to contracts.

Another attorney who regularly provides amicus support to the business community, Gavin Rooney of Lowenstein Sandler LLP, argues that a company that had no intent to mislead should not be in danger of being sued by customers who haven’t suffered financial loss or injury of any kind.

“So, the hope and expectation is a combination of Supreme Court opinions will rein in these cases, which have caused a fair amount of trouble for New Jersey-based businesses or businesses around the country who offer goods or services through their website portals to consumers located here,” Rooney said.

Whether related to amicus filings or not, the courts have seemed to shift thinking about the application of this statute, putting more of a burden on plaintiffs.

Recently, in litigation that began over difference in the amount a customer was charged for drinks bought at the bar and then at a table while dining at TGI Friday’s, a court tossed out a class action lawsuit for an alleged lack of proof that victims in the lawsuit were “aggrieved consumers,” a standard under TCCWNA.

What’s hoped to come soon from those playing defense against the statute — like Rooney, who helped produce an amicus briefing for the New Jersey Civil Justice Institute in support of the defense in that TGI Friday’s case — is clarification of what makes for an “aggrieved consumer.”

“Because, if it can be demonstrated in a way my mother would recognize, as opposed to some lawyer arguing about angels dancing on the head of a pin, then it’s going to be impossible to get these cases certified as class action lawsuits because no one has actually been harmed at all,” Rooney said.

Rooney and others that do amicus counsel can’t promise they have special insight into what a court will ultimately decide and how it will bear out; only that they will take the work more seriously than almost anything else they do.

“It’s so important that we’re able to provide perspective on the use and misuse of statutes to the detriment of well-intentioned businesses operating here,” Fanning said.

A senior project for junior associates

Countless hours of work go into a firm’s researching, writing and overall preparation for an amicus brief. Often, that work goes to some of a firm’s top junior associates.

And while all that page-turning might not sound exhilarating, there is a kicker: It might be any given associate’s first shot at making an impact that rises above a lawyer’s day-to-day work.

David Pierce, even as a president and partner at Lindabury, McCormick, Estabrook & Cooper P.C. who has the seniority that comes with being with his firm since 1986, can recognize the importance of this for junior associates.

“The fact of the matter is, if you’ve got an amicus filing, it means there’s a substantial issue that has a very real potential to have significant impact,” Pierce said. “So much so that you can even have an issue brought to court in which underlying litigants decide it’s in best interest to settle, but amici can petition the court to say, ‘Look, these two litigants settled their dispute, yet this is an important public policy issue and it’s going to occur again and again, so there has to be some ruling.

“So, it definitely gives more junior people a chance to dive into something that’s more substantial than (something like) a malpractice case.”

Seton Hall Law Dean Boozang stepping down after more than 7...

Small-town N.J. lawyer confident as he heads to D.C. to represent...