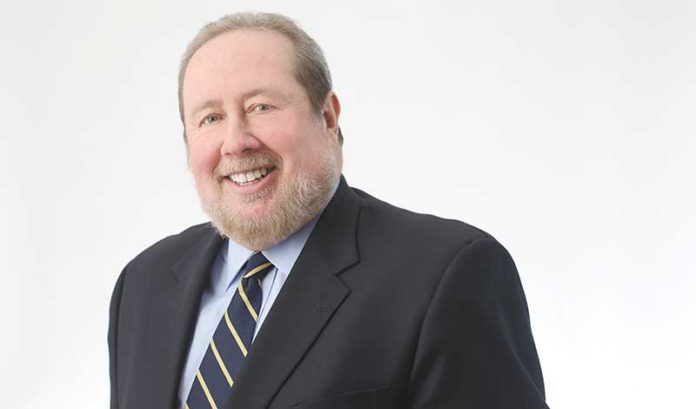 Don’t discuss politics around the dinner table, at a party or in a law firm.

Unless you’re Max Crane of Sills Cummis & Gross P.C. He’ll take a point of differentiation in the competitive Garden State legal sector over etiquette any day.

“It’s a political year — and, if you just look at our name, Arthur Sills was a former attorney general — and, from the start, we’ve had this particular niche at the nexus of the law business and public policy,” he said. “In addition to having a core legal discipline, we also have that other piece, which I believe is actually more and more required and important today in New Jersey.”

Crane, who is managing partner at his Newark-based firm, makes an argument that there’s no better time to be a law firm with a lineup of members who hail from a public policy background than when the state is at the juncture of a gubernatorial election.

“When you have new election, you have a new set of how people in the Legislature or governor’s office will approach or respond to new legal initiatives, old business problems and a whole variety of regulatory and administrative issues,” Crane said.

To be clear, Crane touts an orientation that’s distinct from a lobbying practice, which some law firms around the state have branched into. He’s talking about the benefit to a law firm in adding as practicing lawyers people who are well-regarded in the world of politics.

He points to one of his firm’s most historically prominent lawyers, the late Stephen Moses, who worked on Jim Florio’s and Jon Corzine’s campaigns for governor. Among the others at the firm today with a public policy past is Jerry Zaro, who served in a variety of leadership posts in the administrations of seven governors of New Jersey — four Democrats and three Republicans.

Like other firms that have brought known ex-political figures into partner slots, Crane’s firm doesn’t focus on anything resembling a partisan dimension. That’s because many of the issues involved often don’t.

“Whether you’re a Republican or Democrat, if you have legal business in the state and you’re part of the business community, more and more, you have to interface with government to get things done,” he said. “Saying you won’t do that is like spitting in the wind.”

Crane couldn’t get profoundly detailed about particular client cases, but said there’s been recent examples of clients being “unfairly put on the hot seat” in a way that required more than legal assistance — it required engaging with the governor’s office and Legislature.

Sometimes, it’s less about advocating for a particular policy for clients than it is about someone who has spent years interacting with those issues being able to provide a certain perspective and educational experience, Crane said.

That’s something that Crane added is highly in demand during a time of political shift in the Garden State, setting the stage for a battle for relevance with the region’s other top law firms.

“We want to be top of pecking order in terms of representing businesses when they have an issue at the intersection of government right now, whatever it may be,” Crane said.

At the same time that law firms extol having policy-poised personnel who come from a public-sector background, more would-be young lawyers are skipping entry-level private law firm posts today to seek employment in places such as the public sector.

Douglas Zeltt, office managing partner at Fox Rothchild LLP, claims this has more than anything to do with the collective recent experiences of law school graduates.

“Young lawyers just haven’t found the legal profession a wonderful place to be,” he said. “If you were coming out of law school around 2008, firms weren’t doing as well because companies during the recession were pulling back on legal spending. Demand went down, so there were fewer jobs … and law students are smart, they heard about it.”

Law firms, still needing to fill certain junior positions, have felt the brunt of the thinning out of talent that remains interested in finding a legal sector role immediately after graduation.

“The cream of the crop is still there, but there’s less of them, and they’re becoming more coveted in terms of talent.” he said. “This all means there’s a lot of competition among firms trying to hire younger members today.”

Will your employees recognize attempts to hack IT system? (Sponsored Content:...