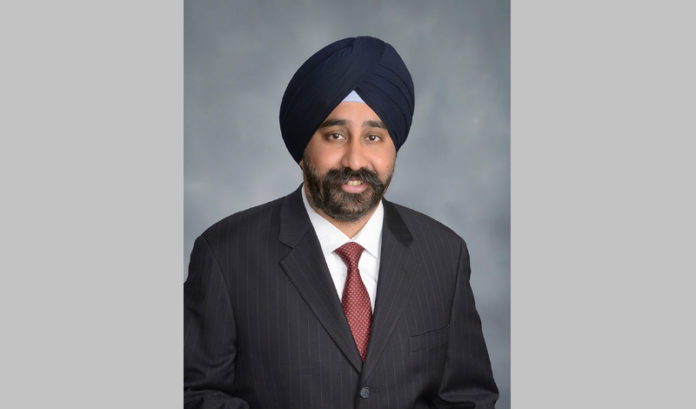 Election night was a “sweeping success across the board” for South Asians in New Jersey, who have been increasingly visible as a political force.

The group has pursued greater representation on all political levels — a hard feat for a group that tends to be very divided — and tried to create a separate identity from the larger umbrella of Asians.

Flyers in the past week targeting both Asian candidates for the school board in Edison, as well as Councilman and now Mayor-elect Ravinder Bhalla in Hoboken, have validated their growth in political presence in the state.

And it has also brought greater support for the South Asian community, according to Dhiren Amin, president of the Indian Business Association.

Amin, along with other IBA leadership, attended the victory parties for state Sen.-elect Vin Gopal and Gov.-elect Phil Murphy on Tuesday night.

“A couple of days ago, someone (distributed) an attack on the community,” he said. “Everyone has condemned that and supported the Asians; we finally have that (support).”

The winners of the night include firsts in Bhalla, who is the first Sikh American to serve in an elected office in New Jersey, and Vin Gopal, the first Indian-American state senator, who flipped the seat from Republican incumbent Sen. Jennifer Beck.

A Sikh brother was just elected mayor of a city in America.
This is a huge deal for our community.
We’ve been here for more than a century and have felt invisible and neglected.
Things might finally be changing for us.
Representation matters.
Thank you, Ravi. Thank you, America. pic.twitter.com/fwYbISFpZl

Former Democratic Assemblyman and Deputy Assembly Speaker Upendra Chivukula, who now serves on the Board of Public Utilities, was the first South Asian to serve at the state level, from 2002-2014.

He said he was happy to see the election of the first South Asian senator sooner rather than later, and was enjoying the win from the sidelines.

Mukherji, a Democratic Assemblyman who has served since 2014, happens to be friends with Gopal.

“It’s an incredible moment for the South Asian community because, A) the South Asian caucus, of which I was the lone member, just doubled; and B) Vin will be both the first Indian-American senator in New Jersey history, as well as the youngest,” Mukherji said.

“He is one of my best friends and was a groomsman at my wedding a month and a half ago, so I’m biased. But I am so incredibly proud of Vin. He is one of the most humble, thoughtful, caring and detail-oriented guys. He is going to serve his district incredibly well.”

The sentiment was echoed by Amin, who said Gopal’s position can help to amplify issues the community feels are important.

“Vin is a kind of person who works with the people,” Amin said. “He’s always a good, quick responder. I don’t have to go through anybody, he is a direct access for our community.”

When asked about his win, Gopal stressed reaching beyond ethnicity for his work.

“We united Republicans, Democrats and independents to work together,” he said. “We have a message to move our state forward, and to stand up for middle class values, and fix our tax problems.

“I’m very excited and honored by all the votes we received today and looking forward to getting to work.”

Mukherji added: “No one has worked harder to build a Democratic party in this state than Vin Gopal. For the past several years, he has worked to turn this county from red to blue. A year after waking up to the horror that was Trump’s America … to have this outcome is a sign of the times.”

The other races in which South Asians won a seat include school boards and township councils.

NJDOT responds to diner story: ‘Both the property owner and tenant...

Is it time to limit number of people in grocery stores?