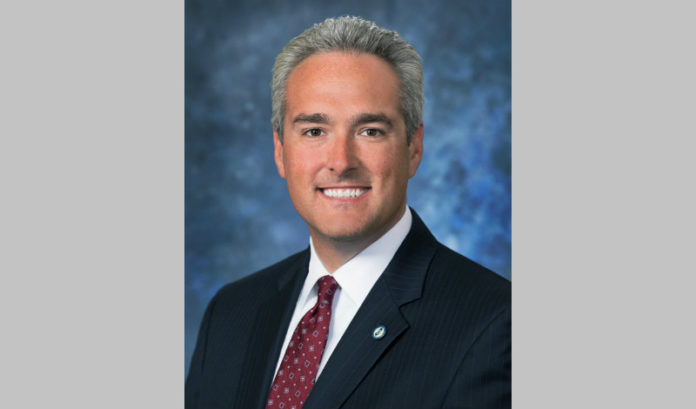 (Editor’s note: This report was updated at 2:30 p.m. Thursday with additional information and at 4:15 p.m. with nomination information.)

Casino Control Commission Chairman and CEO Matthew Levinson will not be reappointed to the commission, multiple sources confirmed to ROI-NJ on Wednesday.

The sources, who requested anonymity because they are not authorized to speak publicly on the move, also said James Plousis likely would replace Levinson on the board.

Plousis is currently chair of the New Jersey State Parole Board.

Levinson’s term on the commission expired in August. A reappointment has been pending since February, but there had been no movement.

Levinson continued to serve as a holdover on the commission — and will continue to do so until Plousis is confirmed.

One source said a longstanding battle between Gov. Chris Christie and Levinson’s father, Atlantic County Executive Dennis Levinson, is one of the reasons why the younger Levinson is not being reappointed.

Dennis Levinson is currently embroiled in a lawsuit with the state over a PILOT (payment in lieu of taxes) bill that was supposed to help alleviate the burden of taxes for residents of the region.

The Casino Control Commission is comprised of three members who serve staggered, five-year terms. They cannot all belong to the same political party, and the appointments, made by the governor, require confirmation by the state Senate.

Levinson, the youngest appointee to the Casino Control Commission, has served as chairman and CEO since 2012, and has been a key player in revitalization efforts for the city.

Levinson has been involved in the tussle over the reopening of the Revel casino, now known as TEN, with developer Glen Straub. He also is reviewing the opening of the Hard Rock Hotel & Casino Atlantic City, which is replacing the shuttered Trump Taj Mahal Hotel and Casino.

(This story is the result of reporting from Tom Bergeron, Lynda Cohen and Anjalee Khemlani.)